Posted in: From the Archives
Tags: diving
16 Comments on How to Drown Yourself DIY Style

How to Drown Yourself DIY Style

One of the things you notice when reading these old magazines is that liability law did not really seem to exist in the first half of the century. Some of the activities and devices promoted by these magazines are just plain dangerous. We’ve covered crazy schemes to give city kids fresh air by hanging them out of apartment windows, playground equipment that seems designed to crack heads open, electric baths and children’s car seats that look like they’ll catapult the child through the windshield. Modern Mechanix in particular seemed to love publishing ingenious ways to drown yourself. Here are a few of my favorites: 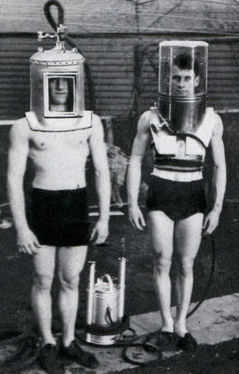 Build a Diving Helmet from a Water Heater
Not content with just showing projects made by their readers, this 1932 article from How To Build It magazine (a spinoff of Modern Mechanix) teaches kids how to make their own diving helmet from a water heater. Air is pumped in via a pair of small bellows. You’d better hope your little brother doesn’t get tired pumping those things! 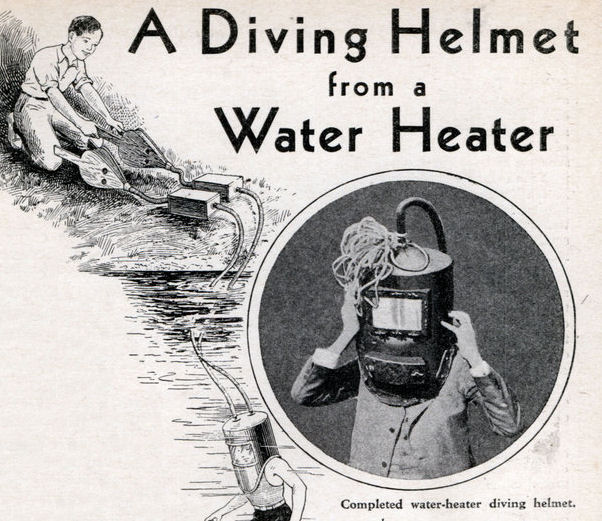 Building a Tin Can Diving Helmet
There must have been some issues with Modern Mechanix’ first design because barely a year and a half later they published these new and improved diving helmet plans. I must say the air pumping system on this one looks a lot more functional. 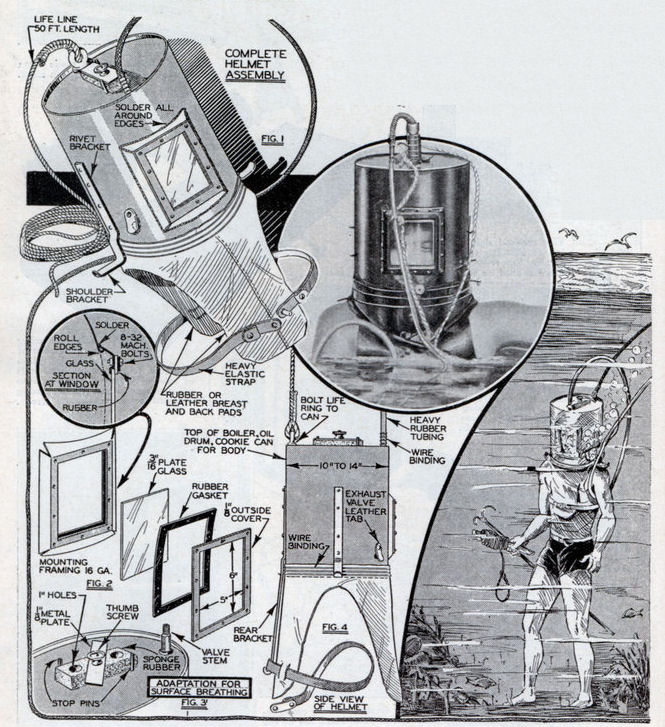 Take Thrilling Underwater Cruise in ONE-MAN SUB
If anything this project seems even more dangerous than the diving helmets. You basically seal yourself into a (hopefully) air-tight tin can and have your friends drag you along 30 feet beneath the surface at 15 MPH behind their boat.

“Suicide Club”
Just in case you were wondering if anyone actually followed the plans and built any of these things, here’s a short 1935 article about a group of Los Angeles youths dubbed “The Suicide Club”. Not only did they build and use these contraptions, but they did it with the approval of the city playgrounds department. 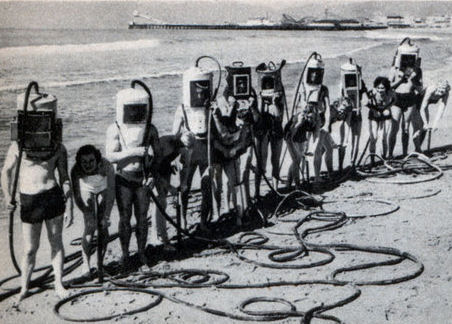 DIY Gas Mask
This one doesn’t quite fit the theme, but suffocation is suffocation and you really have to wonder about any gas mask that requires you to hold your nose. 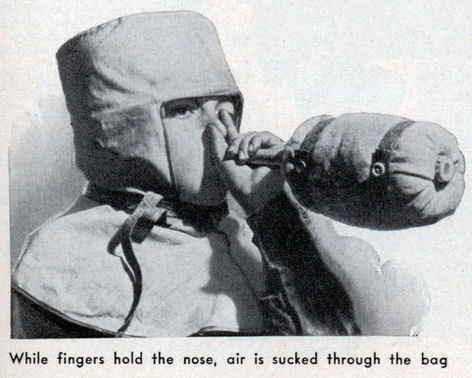 By the way: This is the first post in a new series called “From the Archives” designed to give newer readers a look at some of the best posts from the last few years. The archives have gotten pretty big now; almost 4,000 posts, with over 9,000 images, and there are lots of great articles in there. So once or twice a week I’m going to pick a topic that ties together a number of articles from the archives and try to form some sort of narrative around them.

I would also like to open up this section for guest posts from any of our readers. If you have a particular subject you like, have expertise in, or have noticed some pattern such as “Everything Cool in the 1930’s was designed in Germany”, please send me an email and let me know what you have in mind. Feel free to make it as long or short as you like and to include links to other sites and sources.