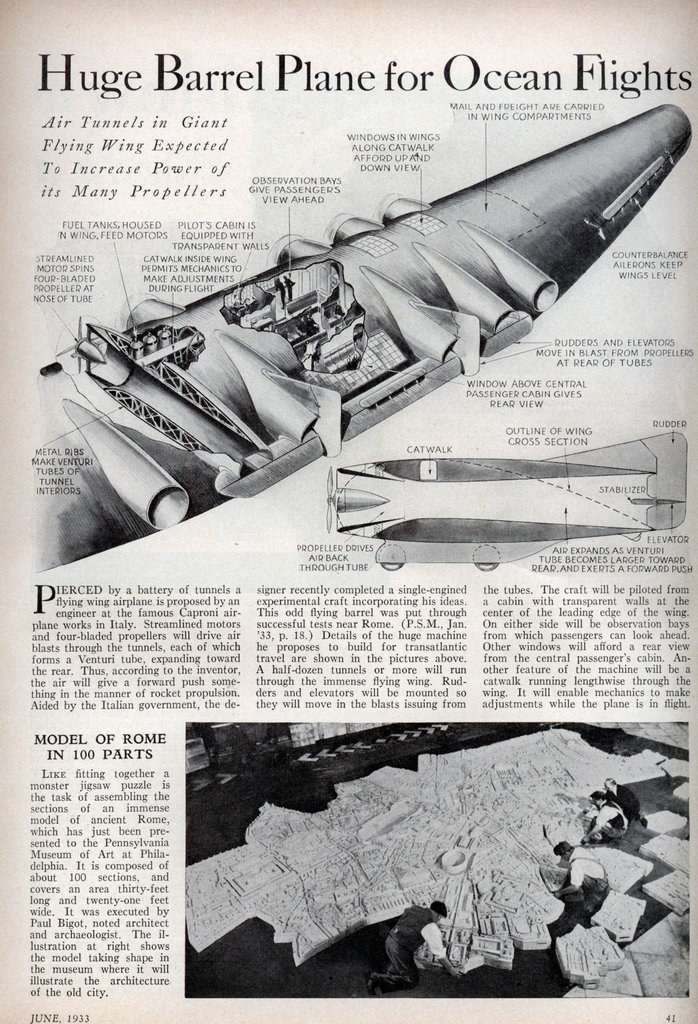 PIERCED by a battery of tunnels a flying wing airplane is proposed by an engineer at the famous Caproni airplane works in Italy. Streamlined motors and four-bladed propellers will drive air blasts through the tunnels, each of which forms a Venturi tube, expanding toward the rear. Thus, according to the inventor, the air will give a forward push something in the manner of rocket propulsion. Aided by the Italian government, the designer recently completed a single-engined experimental craft incorporating his ideas. This odd flying barrel was put through successful tests near Rome. (P.S.M., Jan. ’33, p. 18.) Details of the huge machine he proposes to build for transatlantic travel are shown in the pictures above. A half-dozen tunnels or more will run through the immense flying wing. Rudders and elevators will be mounted so they will move in the blasts issuing from the tubes. The craft will be piloted from a cabin with transparent walls at the center of the leading edge of the wing. On either side will be observation bays from which passengers can look ahead. Other windows will afford a rear view from the central passenger’s cabin. Another feature of the machine will be a catwalk running lengthwise through the wing. It will enable mechanics to make adjustments while the plane is in flight.