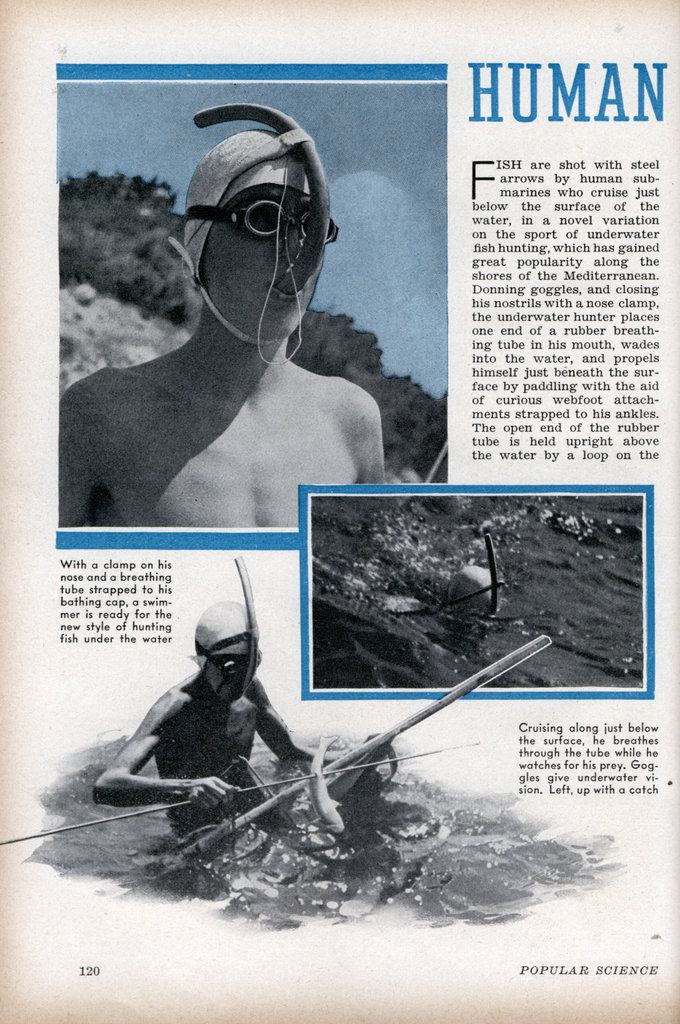 FISH are shot with steel arrows by human submarines who cruise just below the surface of the water, in a novel variation on the sport of underwater fish hunting, which has gained great popularity along the shores of the Mediterranean. Donning goggles, and closing his nostrils with a nose clamp, the underwater hunter places one end of a rubber breathing tube in his mouth, wades into the water, and propels himself just beneath the surface by paddling with the aid of curious webfoot attachments strapped to his ankles. The open end of the rubber tube is held upright above the water by a loop on the
forehead of his bathing cap, permitting the submarine angler to breathe easily as he stalks his prey with a curious weapon similar in some respects to a medieval crossbow. Aimed and discharged like a gun, the weapon comprises a long wooden shaft along which is stretched a strong elastic cord made of a woven fabric. This is held in cocked position by a special trigger device. A slender steel spear, thin as an arrow, is then put in place in such a way that the elastic, when released by the trigger, will drive the slim missile through the water accurately and with tremendous force and speed. Photographs on these pages show various phases of this unusual form of hunting fish under the water.