If it’s a fake myth, does that make it true? 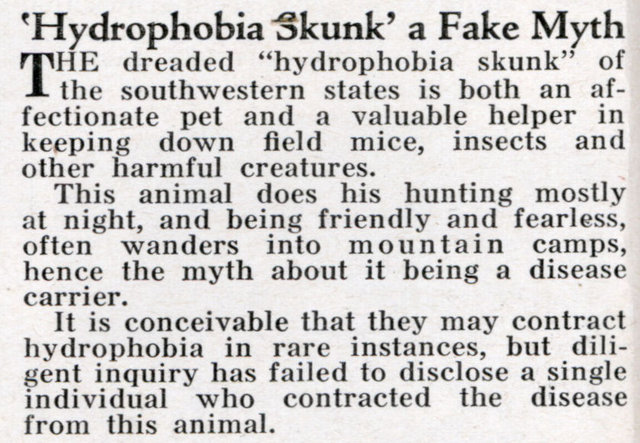 THE dreaded “hydrophobia skunk” of the southwestern states is both an affectionate pet and a valuable helper in keeping down field mice, insects and other harmful creatures.

This animal does his hunting mostly at night, and being friendly and fearless, often wanders into mountain camps, hence the myth about it being a disease carrier.

It is conceivable that they may contract hydrophobia in rare instances, but diligent inquiry has failed to disclose a single individual who contracted the disease from this animal.