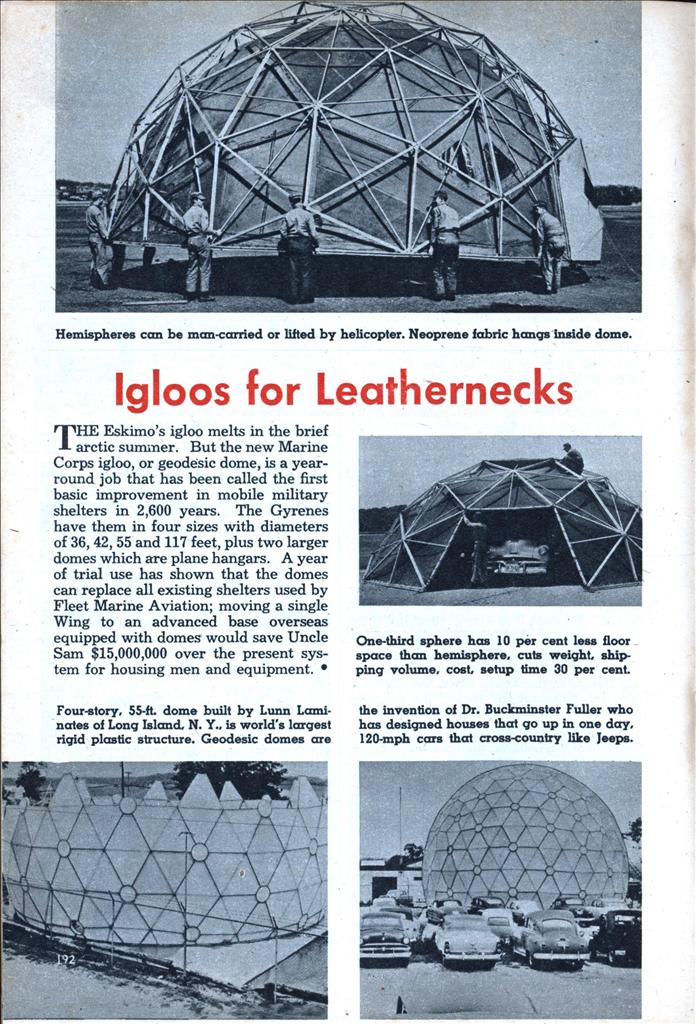 THE Eskimo’s igloo melts in the brief arctic summer. But the new Marine Corps igloo, or geodesic dome, is a year-round job that has been called the first basic improvement in mobile military shelters in 2,600 years. The Gyrenes have them in four sizes with diameters of 36, 42, 55 and 117 feet, plus two larger domes which are plane hangars. A year of trial use has shown that the domes can replace all existing shelters used by Fleet Marine Aviation; moving a single Wing to an advanced base overseas equipped with domes would save Uncle Sam $15,000,000 over the present system for housing men and equipment.