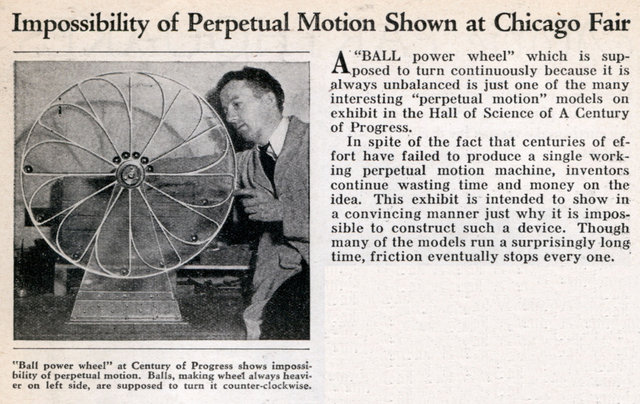 A “BALL power wheel” which is supposed to turn continuously because it is always unbalanced is just one of the many interesting “perpetual motion” models on exhibit in the Hall of Science of A Century of Progress.

In spite of the fact that centuries of effort have failed to produce a single working perpetual motion machine, inventors continue wasting time and money on the idea. This exhibit is intended to show in a convincing manner just why it is impossible to construct such a device. Though many of the models run a surprisingly long time, friction eventually stops every one.