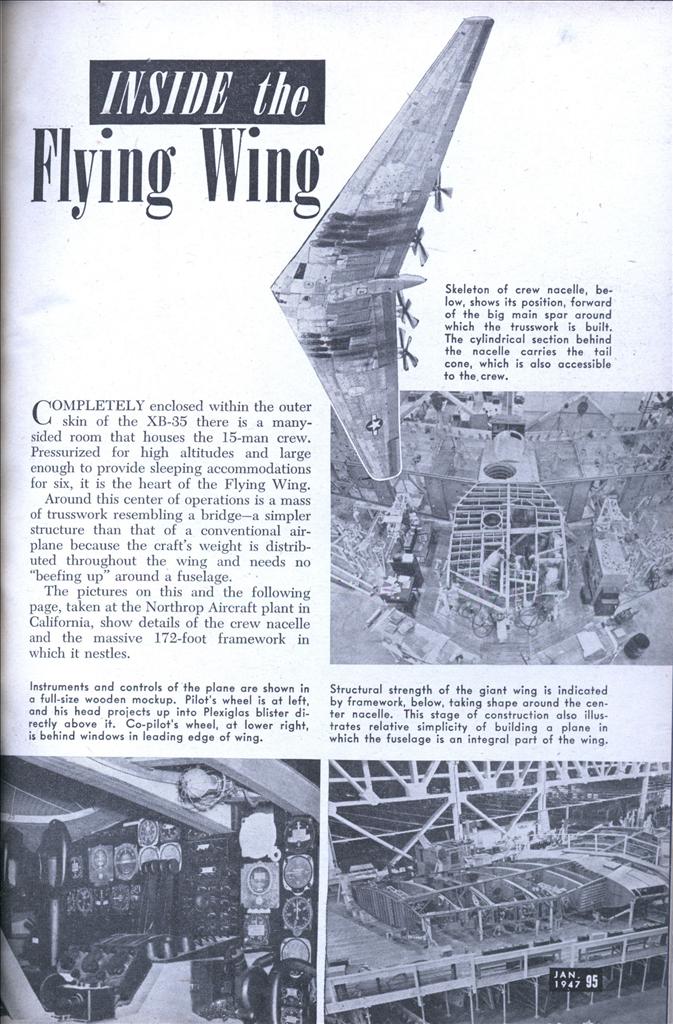 Inside the Flying Wing

COMPLETELY enclosed within the outer skin of the XB-35 there is a many-sided room that houses the 15-man crew. Pressurized for high altitudes and large enough to provide sleeping accommodations for six, it is the heart of the Flying Wing.

Around this center of operations is a mass of trusswork resembling a bridge-a simpler structure than that of a conventional airplane because the craft’s weight is distributed throughout the wing and needs no “beefing up” around a fuselage.

The pictures on this and the following page, taken at the Northrop Aircraft plant in California, show details of the crew nacelle and the massive 172-foot framework in which it nestles.