The panel on the bottom left seems like a demonstration of making microwave popcorn. I have no idea what the ice was for. Perhaps to show that the popcorn wasn’t being heated?

Also, upper right panel, WTF? How does light make the apple move? Why does this involve a Rastus robot? 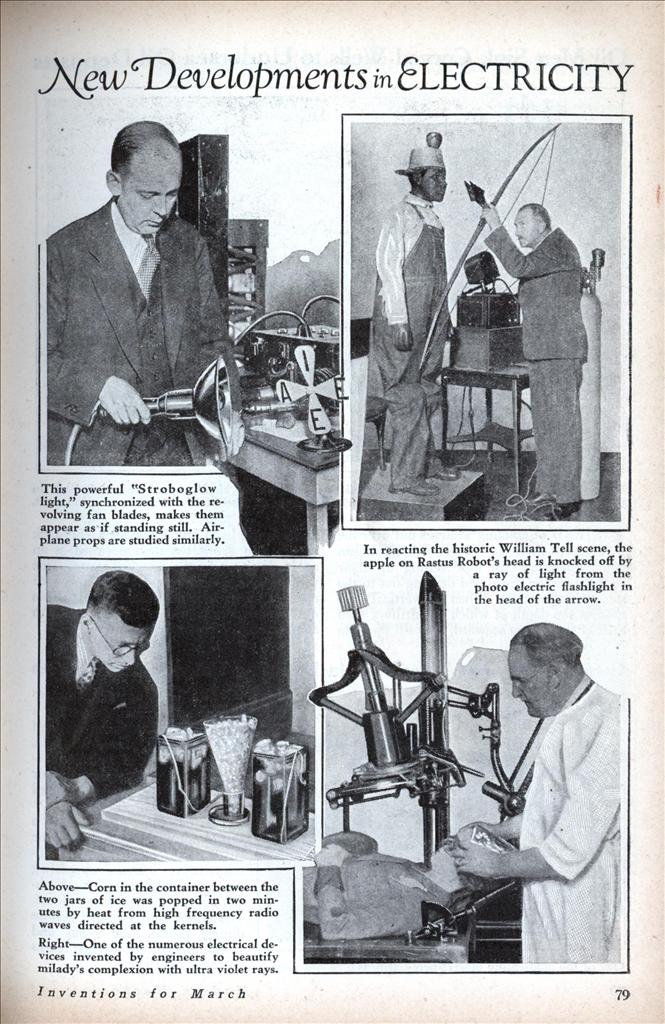 This powerful “Stroboglow light,” synchronized with the revolving fan blades, makes them appear as if standing still. Airplane props are studied similarly.

Above — Corn in the container between the two jars of ice was popped in two minutes by heat from high frequency radio waves directed at the kernels.

In reacting the historic William Tell scene, the apple on Rastus Robot’s head is knocked off by a ray of light from the photo electric flashlight in the head of the arrow.

Right — One of the numerous electrical devices invented by engineers to beautify milady’s complexion with ultra violet rays.