That flash light is a great idea if you want to blind your companions. As to the square thread spools… Why don’t they do that? It makes sense. Then again so do square cans and people refuse to buy food in them. 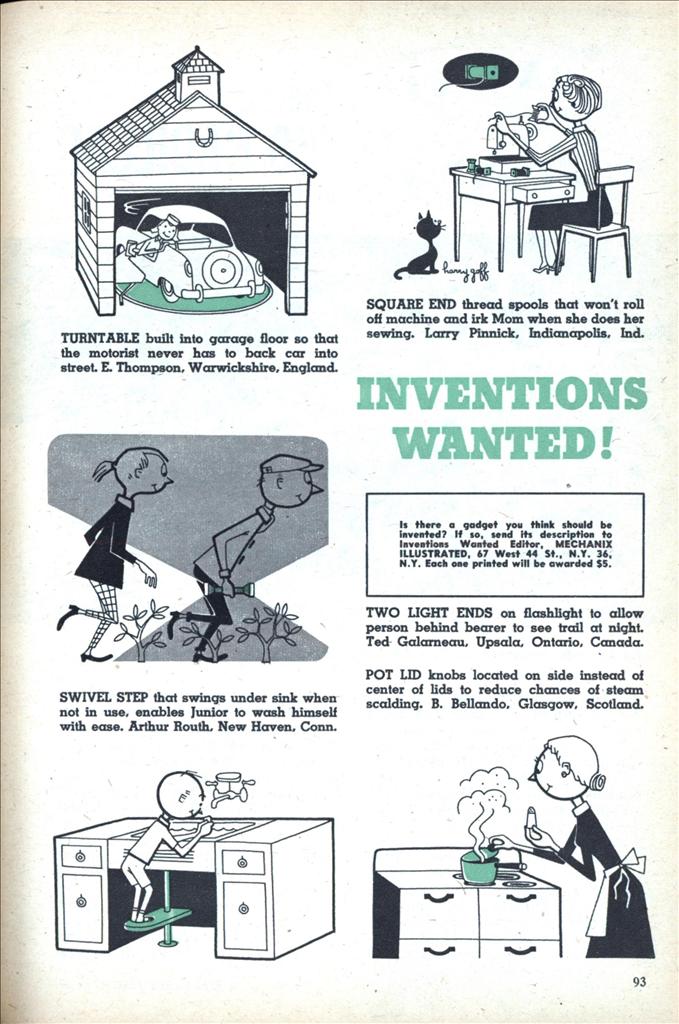 TURNTABLE built into garage floor so that the motorist never has to back car into street E. Thompson, Warwickshire, England.

SWIVEL STEP that swings under sink when not in use. enables Junior to wash himself with ease. Arthur Routh. New Haven. Conn.

SQUARE END thread spools that won’t roll off machine and irk Mom when she does her sewing. Larry Pinnick, Indianapolis. Ind.

POT LID knobs located on side instead of center of lids to reduce chances of steam scalding. B. Bellando. Glasgow. Scotland.

Is there a gadget you think should be Invented? If so, lend Its description to Inventions Wanted Editor, MECHANIX ILLUSTRATED. 67 West 44 St., N.Y. 36, N.Y. Each one printed will be awarded $5.