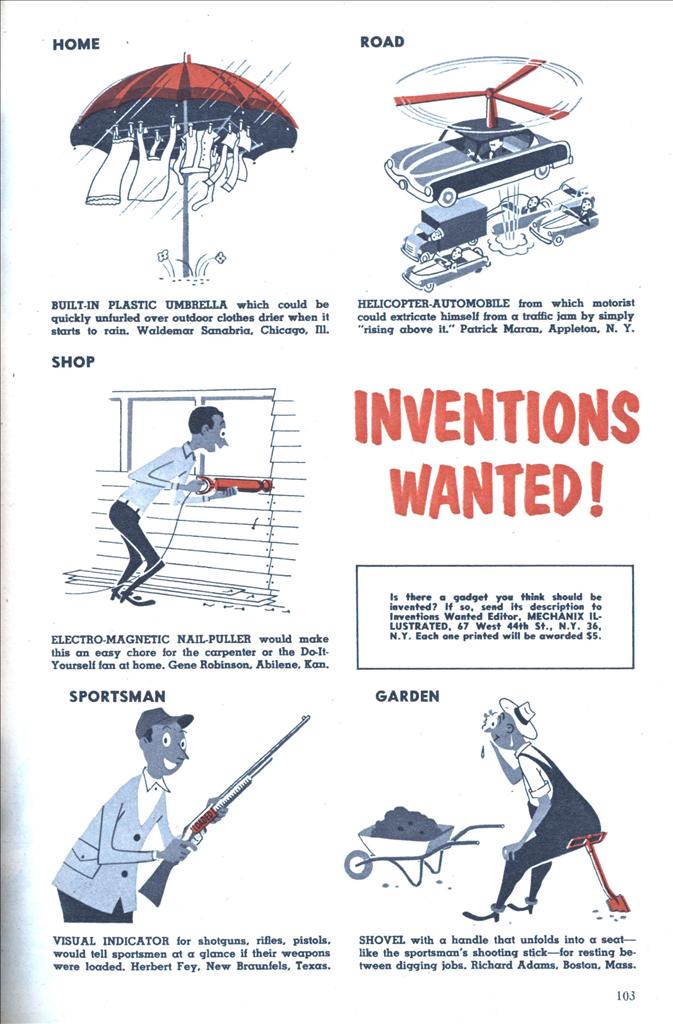 BUILT-IN PLASTIC UMBRELLA which could be quickly unfurled oyer outdoor clothes drier when it starts to rain. Waldemar Sanabria. Chicago, 111.

ELECTRO MAGNETIC NAIL-PULLER would make this an easy chore tor the carpenter or the Do-It-Yourself fan at home. Gene Robinson. Abilene. Kan.

VISUAL INDICATOR for shotguns, rifles, pistols, would tell sportsmen at a glance if their weapons were loaded. Herbert Fey. New Braunfels. Texas.

HELICOPTER-AUTOMOBILE from which motorist could extricate himself from a traffic jam by simply “rising above it” Patrick Moran. Appleton. N. Y.

SHOVEL with a handle that unfolds into a seat— like the sportsman’s shooting stick—for resting between digging jobs. Richard Adams. Boston. Mass.

Is there a gadget you think should be invented? If so, send Its description to Inventions Wanted Editor. MECHANIX ILLUSTRATED. 47 West 44th St.. N.Y. 36. N.Y. Each one printed will be awarded $5.