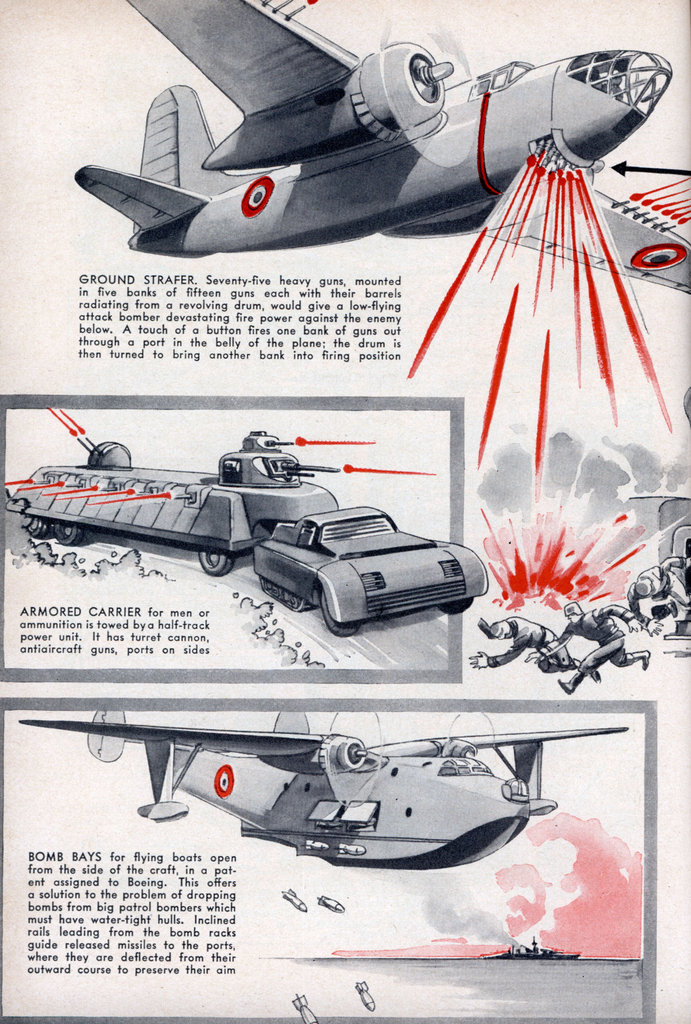 Inventors Offer Thousands of Ideas to Help Beat the Axis

WAR inventions are flooding the National Inventors Council and the U. S. Patent Office. At the Council’s headquarters in Washington, D. C, 45,000 suggestions have been received during the last year. And 3,000 of them have been adoptedâ€”one out of 15, an amazingly high proportion that pays tribute to American inventive ability. Results have well justified the effort of sorting valuable new ideas from equally well-meant schemes that prove unsuitable for various reasons.

Illustrations on these pages typify the variety of ways proposed to beat the Axis. To meritorious ideas, the National Inventors Council assigns an “A” or “B” classification, the first for inventions specifically requested by the Army or Navy. According to a recent announcement, the following will be particularly welcome:

Experts who pass upon these and other military inventions include the Council’s chairman, Charles F. Kettering, of the General Motors Corporation; its vice-chairman, Thomas Midgley, of the Ethyl Gasoline Corporation; Conway P. Coe, U. S. Commissioner of Patents; William D. Coolidge, vice-president of the General Electric Company; Fred Zeder, Chrysler Corporation engineer; and F. Sparre, du Pont’s director of development.