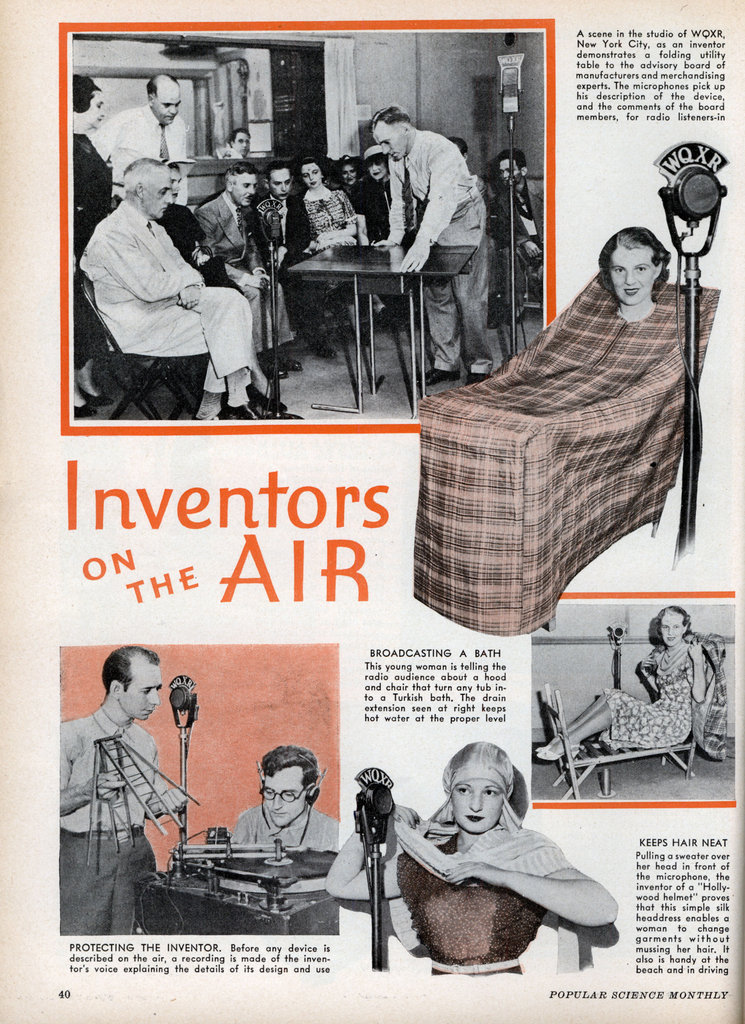 Inventors on the Air

THROUGH the microphones of broadcasting station WQXR in New York City, amateur inventors describe their new devices to radio listeners in a regular weekly program aptly named “Can It Be Done?”

In addition to placing their ideas before a potentially large audience, they benefit by the criticisms and suggestions of an advisory board of manufacturers, merchandisers, and business executives. A phonograph recording made before the broadcast protects each inventor in his claim to prior conception.

Although comparatively new, the novel radio feature is said to have resulted in the sale of several inventions to manufacturers. Some of the devices presented on the program are shown on these pages.