It’s odd how dispassionate this article is considering it’s about Germany and WWII is in full swing although it’s four months before the U.S. enters. Once we joined the war you’d expect to read about how the evil Huns are painting their death gauges using glow-in-the-dark unicorn tears that are only produced by eating French babies. 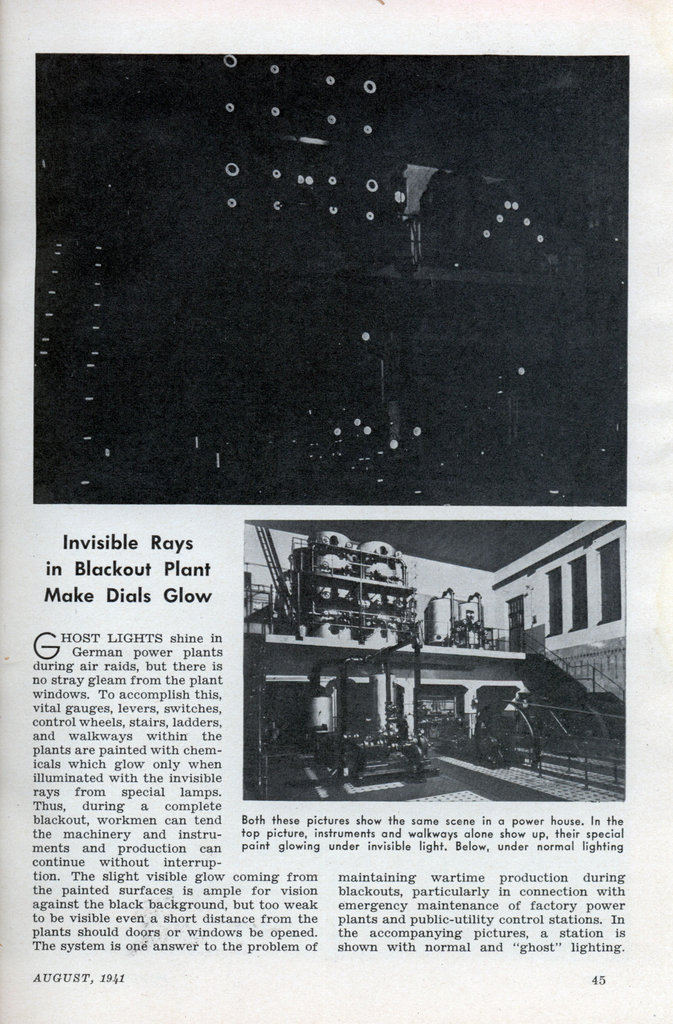 GHOST LIGHTS shine in German power plants during air raids, but there is no stray gleam from the plant windows. To accomplish this, vital gauges, levers, switches, control wheels, stairs, ladders, and walkways within the plants are painted with chemicals which glow only when illuminated with the invisible rays from special lamps. Thus, during a complete blackout, workmen can tend the machinery and instruments and production can continue without interruption. The slight visible glow coming from the painted surfaces is ample for vision against the black background, but too weak to be visible even a short distance from the plants should doors or windows be opened. The system is one answer to the problem of maintaining wartime production during blackouts, particularly in connection with emergency maintenance of factory power plants and public-utility control stations. In the accompanying pictures, a station is shown with normal and “ghost” lighting.