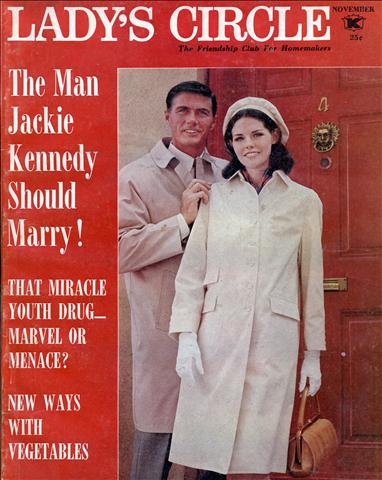 Next Issue:
This is the latest issue we have of this publication.
EARN BIG PAY IN AN EXCITING CAREER - Stenotype Operator

Put yourself in the center of important events. Learn at home to become a Stenotype (MACHINE SHORTHAND) Operator Easy to learn even if you've never taken shorthand before! Step up from routine office work into a glamour job where the pay is far above the average. Sit beside top corporation executives at board meetings and big conferences. Even cover conventions and courtroom trials!
EARN BIG PAY IN AN EXCITING CAREER AS A Stenotype Operator

Put yourself in the center of important events. Learn at home to become a Stenotype Operator (MACHINE SHORTHAND) Easy to learn even if you've never taken shorthand before!
..."It's Been Fun"

By Bob Barker If you have been watching Truth Or Consequences since I started doing the show daytime on NBC, you are nine years older than you were when you and I first became friends. It has been almost a decade. I have done about 2,300 shows and interviewed more than 12,000 contestants. Now, after all these years, NBC has cancelled Truth Or Consequences. Frankly, I am disgusted. I think the network should have given the show a chance to get off the ground.
ARE YOU A BORE?

by HELEN M. PETERSON and JEAN SULLIVAN Have you ever felt that people find you less than fascinating? Do you sometimes feel that they are giving you only half an ear when you are talking to them? Do their eyes glaze or shift past you while you are still in the middle of a sentence? If so, you may have habits that label you a conversational bore and will banish you to the "uninvited" list for life.