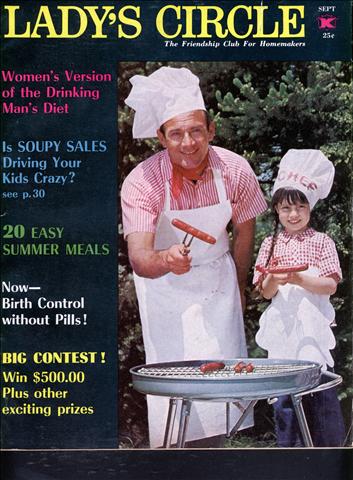 Yes. I've been a long-term resident of the suburbs," the attractive woman next to me replied in answer to my question. Her brown eyes seethed with excitement. "And I think the word 'term' is very appropriate. It's been almost a jail sentence!" We looked around us as we drove through the streets of one of the towns in a suburban area called The Five Towns, on Long Island. Neat little houses bordered the roads, each painted white and framed by shrubbery or forsythia, with the number of the house painted in script above the garage. Often, a car was parked in the driveway. It seemed to be Hollywood's version of suburbia—a way of life to which every young woman facing marriage must aspire.