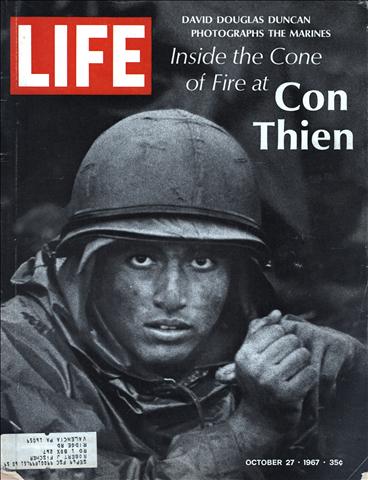 by ALBERT ROSENFELD Hippies, as a warning to other hippies, sometimes wear buttons that say SPEED KILLS. The words of caution have nothing to do with traffic safety. They warn against a powerful drug popularly called "speed"—methamphetamine hydrochloride, best known by one of its trade names, Methedrine. Methedrine belongs to the amphetamine family of drugs which work speedily and strikingly on the human nervous system and which, in terms of their potential dangers, may be the most underestimated drugs used by teen-agers today.
The Natural World of Wollensak Sound

The rustle of leaves... the whisper of woodwinds...the boom of big beat Hear them better on a Wollensak... naturally Shh. Listen. There's a world of sound around you. The ring of laughter. The murmur of voices. Tchaikovsky. The boom of Brubeck or Bach. Wollensak tape recorders are built for this world; to capture and play back — with unerring fidelity —the sounds you care most about.
The Tobacco Institute Is On Your Side

The Tobacco Institute believes every thoughtful adult American will want to read every word of this front-page editorial in BARRON’S-one of America’s most responsible publications.
SELF-PROPELLED SKI-DOG

And thus a meme was born. SELF-PROPELLED SKI-DOG Form is everything in this most exhilarating of water sports. Back straight. Limbs tucked tight. Tail leveled out. Now a quick blast of power and away you go in a foamy streak. Once the basics are mastered, any old dog can turn the trick. In fact Peanuts, […]
Sprite with vodka speaks for itself.

When was the last time you saw a soft drink ad with alcohol in it? Sprite with vodka speaks for itself. Sprite. The soft drink with a message: tingling tartness. Switched on. Exuberant. Noisy. Not sweet. Not anything you’ve heard before. Or tasted. Get a carton of Sprite and hear how it turns vodka on. […]
"Its not how long you make it..."

Presented without comment. NEW WINSTON SUPER KINGS “Its not how long you make it… “It’s how you make it long!” We make our long cigarette with an extra measure of that famous good taste that has made Winston America’s largest-selling cigarette! Buy a pack today.
How the Computer gets the answer

Photographed by HENRY GROSKINSKY Text by ROBERT CAMPBELL Step by step, an easy exercise reveals the workings of man's most complex machine Two plus One—not exactly a problem to set the mind racing or to blow a computer's fuse. Yet it is enough to send electric pulses flying through the computer's intricate web of wires. Although we are barely in the third decade of the computer age, computers already touch the life of everyone in the U.S. Each year—each day—our involvement with these machines rises toward unimaginable levels.