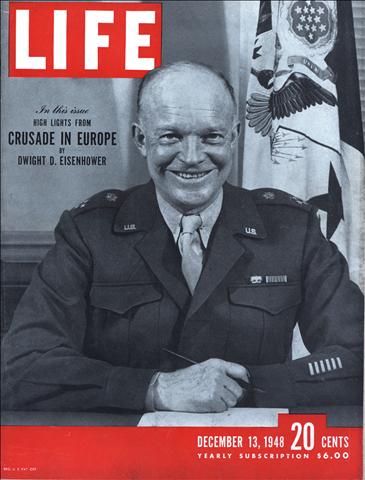 I’m pretty amazed this got printed. I doubt it would have 10 years later. GIRLS WADING, with sunlight playing on leaves and water, was posed by Photographer Yvonne Gregory at a private lake in Norfolk, England, and was shown in September in the 39th Annual Exhibition of the London Salon of Photography.
She Won't Letcha I Betcha!

A FINE TIME TO HORN IN! WHAT DO YOU KNOW THAT I DON'T, JUNIOR? I KNOW HOW SIS FEELS ABOUT BAD BREATH! HONEST, JOE, YOU WANT TO SEE YOUR DENTIST BEFORE YOU TRY THAT KISS ROUTINE ON JANE!
What's all the shouting about... it's Textron Mens wear!

What’s all the shouting about… it’s Textron Mens wear! He’ll whoop for joy, he’ll shout like a boy, if it’s Textron you put in his stocking. Men like the easy-going comfort of Textron pajamas . . . those longer trousers, roomier armholes. They go for the non-binding elastic in Textron’s shorts, the famous “parachute” seat. […]
CHRISTMAS AT MACY'S

As becomes the world's largest store, it is prodigious, furious and for cash only In the last four weeks before Christmas, R. H. Macy of New York, the world's largest store, goes through a kind of retailing blitz. On the day after its Thanksgiving parade (opposite page), which initiates New York's Christmas season, an augmented staff of more than 14,000 sets furiously to work to sell everything in sight to an average 250,000 daily customers. Macy's is not merely the physically biggest store in the world, selling the greatest variety of items (400,000); it is also the world's largest drugstore, bookstore, furniture store, liquor store, fabric and china store, for its departments handling these items all under one roof are bigger than any other store specializing in them.
BY APPOINTMENT TO THE AMERICAN PUBLIC

In some countries products are endorsed by the Crown, and bear the arms of the royal family. That gives them prestige which stimulates sales. But in democratic America our products are endorsed solely by the approval of the American people, and are identified by brand names and trademarks that have won esteem the hard way. Here a product must stand on its own feet and fight to survive in the intense rivalry of the market place.
HARP UNDER WATER

The attractive harpist who is shown above comfortably submerged in 5 feet of water is illustrating one of science's newest gifts to music: the underwater harp. This invention is not as silly as it might seem. Ever since David first serenaded King Saul, harpists have been at the mercy of moisture. Damp days changed the tune of their strings, mostly made of gut, and sometimes even caused them to snap
PORTABLE TELEVISION

PORTABLE TELEVISION A 31-pound set steals a march on the industry The gentleman shown above luxuriously sprawled in his bathtub is enjoying the newest thing in television—a portable set. (He also is risking electrocution because either a radio or TV set can kill a wet bather if he so much as touches it.) His set, […]
ROLLER DERBY

It is a teeth-jarring sport for skaters who race 30 miles every night To 17 million Americans who occasionally clamp on a pair of roller skates the sport means nothing more than a casual evening at the local rink, gliding along to easy organ rhythms and perhaps taking a harmless pratfall when jounced by an exhibitionist. To the husky young men pictured here, however, it is a highly professional undertaking.