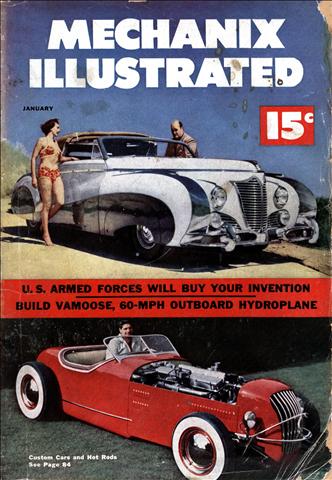 WE wonder if the old masters, da Vinci, Rembrandt and Rubens writhe in their graves when Ralph DeGayner takes up his spray gun in pursuit of the Muse! For he seems to have reduced art to a mechanized process far removed from subtle nuances with a brush.
Clown Town, Texas

In the Gainesville circus everybody from housewife to minister gets into the act. By Joe Whitley THE night nurse gasped as a circus clown burst into the emergency ward wheeling an unconscious man whose white satin tights were stained and rumpled. "Just a moment and I'll get you a doctor," she said. "I am a doctor," he snapped and started ministering to the patient. The clown was Dr. S. M. Yarbrough, a leading Texas physician, and the injured man was Portis Sims, city park director. Both were performers with the Gainesville (Texas) Community Circus, an organization made up of judges, housewives.
New for the Home

Springless Mattress, dreamed up by a Swedish inventor, is light, bouncy as innerspring types. It's been tested for durability, is said to have orthopedic values. Secret is the core of air-filled plastic. Susquehanna Mills, N. Y. C.
Fit to Fly a Jet?

OUR jets are the hottest things in the air and it takes hot pilots to fly them. Even the fighters cost a few hundred thousand dollars each and Uncle Sam makes certain he doesn't put a muttonhead behind the stick whenever there's flying to be done. It's easy for him to select good pilot material, however.
A new driving thrill for you!

A new value! Studebaker's great new V-8 Commander
The Most Important 30 Minutes of Your Life

By Lester David AT 12:30 p. m. an atomic bomb is going . to explode in your city! Radar has spotted an enemy airplane and disclosed its course, speed and the arc on which it is traveling. It's noon now and you have 30 minutes— 1800 crucial seconds—to prepare for the bomb. What will you do? You and your family can survive if you take the proper precautions at the proper time. Atomic scientists, civilian defense authorities, army officials and Red Cross disaster chiefs agree on this.
He's a Plastic Baker

Somebody forgot to tell Spencer Smilie that it couldn't be done. So he went on cooking plastics and developed a recipe for fortune. By Louis Hochman IF Spencer Smilie of Beverly Hills, Calif., had studied chemistry and physics, he . might still be plodding along at his job in a plastics factory. But, unhampered by sound scientific know-how and not realizing how impossible it was supposed to be to fuse incompatible combinations of plastics, Smilie solved an unsolvable problem. Today his plastics art business—the only one of its kind in the world—is worth a small fortune.
U.S. Armed Forces Will Buy Your Invention

Once again the National Inventors Council is calling for military gadgets. Here's your chance to make a fortune as well as help your country. By Ralph Coniston AMERICAN inventors are on the verge of handing Russia a major defeat on the propaganda front. The Soviets have been jamming our Voice of America broadcasts and for the past year the nation's top electronics scientists have been working on a method to counter the Red's activities, at the suggestion of the National Inventors Council. And now officials report that success is near.
Meet Mr. Typewriter

He's also known as Martin K. Tytell. the man who can provide you with a machine in any one of 147 languages. AT least once a month, New York postal authorities get a letter addressed to Mr. Typewriter, New York. But they stopped consulting their directories long ago—the letters now go automatically to Martin K. Tytell. As sole owner of the Tytell Typewriter Company, he rents, buys and sells typewriters but his specialty is making a typewriter do what its manufacturers never thought it could do.
Helicopters for Everybody

The Hoppicopter is evolving into a comfortably single-seat helicopter that will supply you with cheap air transportation. By Frank Tinsley BACK in the 30's, a Seattle aeronautical engineer named Horace T. Pentecost became convinced that he could design a set of personal wings. As an engineer and student of aviation history, Pentecost was well aware of the shortcomings of man-made flapping wings, so he gave the problem an entirely different solution. In place of rosy pinions, he substituted the whirling blades of the modern helicopter. His first machine, designed for army paratroopers, was intended to supplant the clumsy and uncontrollable parachute.
CUSTOM CARS and HOT RODS

JUDGE a man by the company he keeps" is a proverb which has managed to survive the years. But nowadays you can substitute "the car he keeps" and still be on the right track. For more and more motorists are getting bored with the production-line beauty and middle-class standard performance of our stock cars. And more and more of them— are actually doing something about it.