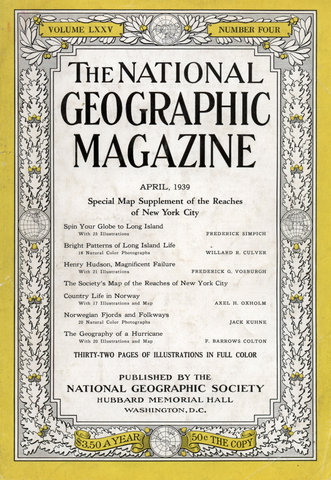 IT'S the style this year to have a car you can see out of. And in the Buick pictured here, the total glass area has been increased 412 square inches — all safety plate glass — with 30 per cent more area in the windshield alone. That increased visibility gives you a view of the traffic — and the world around you—that's a new note in safety too in General Motors cars this year Add to this the honest craftsmanship, the solid comfort and silent security you get in Body by Fisher — add the convenience and protection of Fisher No Draft Ventilation and you'll know why smart motorists say . . . "For '39, better pick the car with Body by Fisher," which means a General Motors car of course.
Thirst stops here

Thirst stops here The road maps of the world are dotted with happy places to pause. And ice-cold Coca-Cola is there to make a pause the pause that refreshes. Familiar red coolers everywhere signal you to refresh yourself and be off to a fresh start.
LET'S SPEAK OF VALUE BENEATH THE STYLE

Asked to name the one car responsible for today's hand' some designs, most people would say Lincoln-Zephyr. They would be right. The influence of this car has been great. It ushered in a new style era! But ask more than 65,000 Lincoln-Zephyr owners which feature of the Lincoln-Zephyr they most admire, and "style" will not predominate. This group, perhaps the most enthusiastic ever loyal to one car, values the Lincoln-Zephyr for its unique combination of features.
SPIN YOUR GLOBE TO LONG ISLAND

Only Six States Have More People than the Insular Empire that Ranges from a World's Fair Through Potato Patches, Princely Estates, and Historic Shrines By Frederick Simpich With Illustrations from Photographs by Willard R. Culver WHAT if a super-tugboat could cast a line about Long Island and haul it out to sea! Left exposed would be the broken ends of all the bridges and the under-river tunnels that now tie it to Manhattan. Riding off on the runaway island would go more than 4-1/2 million people—but only if the start were made at night, for in the daytime a large share of these people work in New York. Off on the floating island would also go about one-fourth of the sea trade of the whole United States, Uncle Sam's Brooklyn Navy Yard, radio towers from which he talks with 34 countries overseas, his busiest coffee and sugar mart, 3,454 trains that run daily between New York and the island, shops that make navigation instruments for the whole world, strategic airports and plane factories, millionaire estates, herds of polo ponies, Forest Hills' famous tennis courts, five million white ducks, to say nothing of Coney Island and other resorts where millions come to play, and a World's Fair!
The Hounds of Spring Are At Your Heels

SOME DAY THIS WEEK, give the best girl a ring, and come down and borrow a new Nash. Here's a car that knows what it's all about . . . why colts kick their heels in the spring ... why little boys run away from home . . . why trout rods are being revarnished. Just look at itâ€” begging to be let loose! But be careful... for there's a new kind of power packed beneath that bonnet. . . and it's terrific! There's a gear-shift on the wheel* that's fast as light . . . and a Fourth Speed Forward* that's fleet and soft as the wind you're racing.