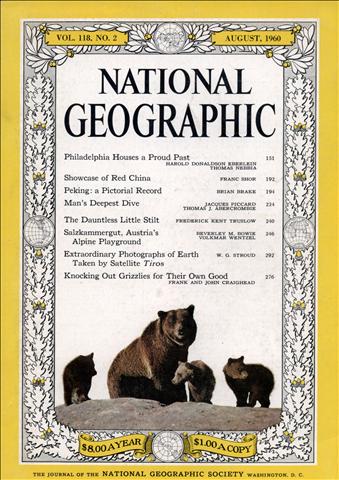 “THERMO-FAX” Brand Copying Machines make a copy in just 4 seconds. This speed is possible because copies are made electrically directly from an original. This speed simplifies paperwork systems. Statements go out faster. Gummed address labels are made instantly. Correspondence is answered without time-consuming dictation. Even laminating can be done for papers needing lasting protection. […]
Our Earth as a Satellite Sees It

By W. G. STROUD Head, Meteorology Branch Goddard Space Flight Center, NASA The scientist who directed the development and launching of Tiros I, AMS/l's historic weather satellite, tells of its exciting discoveries and its successors' promising future THE WORLD has had its picture taken. For the first time in the millions of centuries that our planet has been whirling around the sun, we can see our home as it looks from a tiny companion in space. A man-made satellite, circling some 450 miles overhead, has photographed us not once but thousands of times.