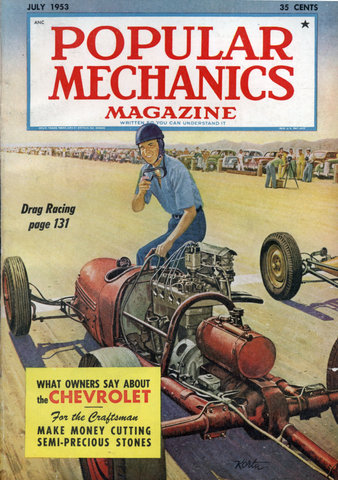 By Richard F. Dempewrolff Death from causes unknown is a phrase that will drop from its too frequent use in the nation's homicide files if a new kind of investigator has anything to say about it. Today, on en upper floor in a remote wing of the Harvard Medical School, an eerie atmosphere hangs over a certain laboratory headed by pathologist Dr. Richard Ford. Called the Department of Legal Medicine, its business is concerned with unexplained death. Sightless eyes stare at intruders from a row of life-sized plaster heads of murder victimsâ€”one with slashed throat, another with a bullet hole drilled through one temple, trickling a painted red stream against its death-white cheek. Beneath them, rows of plaster chest sections are perforated with accurately simulated bullet holes and powder burns typical of wounds inflicted by various-caliber bullets at varying distances.