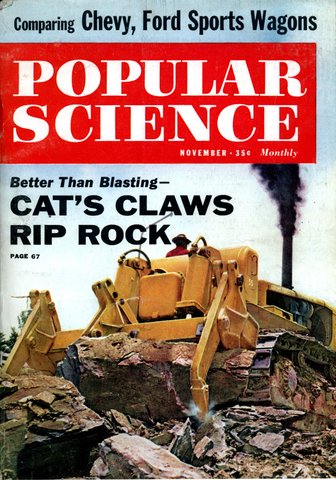 At 42, Richard Phillips Feynman, Ph.D., enjoys world renown as a theoretical physicist, local fame as a "marvelous" performer on the bongo drums, and campus admiration as a man with a pixyish humor that turns a lecture on quantum electrodynamics into a ball. You'll see why when you read his impassioned and witty plea to think small. This tall, slim, dark-haired scholar helped importantly in developing the atomic bomb and watched its first test explosion. In 1954 he won the $15,000 Albert Einstein Award, one of the nation's highest scientific honors.