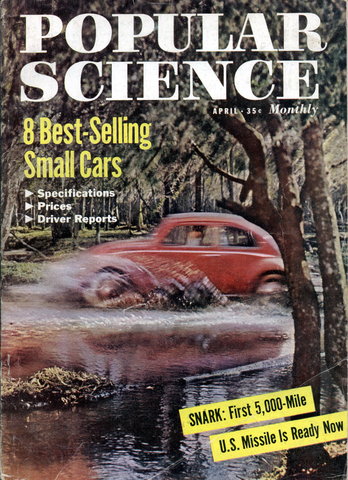 Not to be confused with The Washington Blade. See the GAY BLADE America’s Newest Power Mower DIFFERENT to look at, easier to handle bicycle-type wheels make the Gay Blade easy to operate. It’s the power mower you’ll be proud of for its superior “good looks” … its smoother operation … its consistently outstanding performance! See […]
NUTRIA . . . NEWEST OPPORTUNITY

NUTRIA . . . NEWEST OPPORTUNITY New fur-bearing animal now being bred in U.S. Offers huge profits to breeders. This fur is next to Mink NOW in price and will soon surpass it. 15 to 20 young per year. Most easily and economically raised animal known, 1-1/2c per day to feed, ANY CLIMATE, disease resistant. […]
Breaking the Language Barrier

Each year, millions of reports on scientific research are publishedâ€”a big fraction of them in foreign languages. In this mass of Russian, Dutch, Chinese, Hindustani data are clues to H-power, interplanetary flight, more powerful batteries, longer-wearing tires. The trouble is: Too few scientists and engineers read foreign languages. What we need is a machine to read one language and type in another: an automatic translator. We're trying to buildâ€”not one, but several. Engineering problems? Fantastic. Here's where we stand now.
Subliminal Advertising

By Wesley S. Griswold PROBABLY you've heard aboutâ€”perhaps even worried aboutâ€”a revolutionary new way to beam messages into the human mind. Especially suited to TV and movies, the new idea-injecting technique is said to work while you, all unawares, are innocently enjoying the program. The idea-words appear superimposed on the picture images too fast and too dimly to be seen in the normal way. Yet they register on your mind. Despite rejection by the national networks, uneasy skepticism by the F.C.C. and alarm from people who fear that this strange development may bring wholesale invasion of privacy and risk of political tyranny, two means of reaching people's subconscious minds by television are currently being tested.
Pinching Your way to Success

The proven rule of "learn more to earn more" took M.E.F. (name on request) from a position of truck driver to that of an accounting executive in sixteen months. Listen to what M.E.F. says: