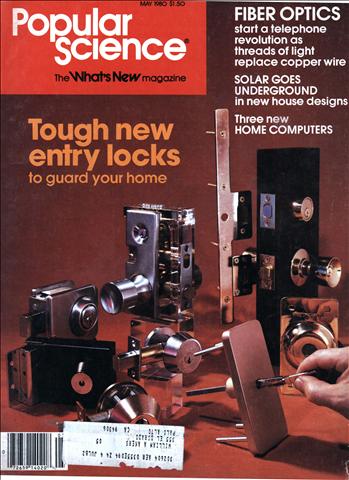 Introducing Casio's newest, the C-80 Calculator Chronograph. A watch that figures to replace a lot of other watches. And calculators. And stopwatches. In fact, it even replaces the age-old myth that a timepiece loaded with talent has to be expensive.
Three new home computers that teach themselves - and teach you how to use them

They're smart, they come ready to work, and one of them even talks to you By BILL HAWKINS PHOTOS BY ORLANDO GUERRA Only two years ago, home computers were for the hobbyist: a jumble of wires, transistors, and circuit boards that came in a kit. And once the kit was assembled, there was complicated programming to master. Things have really changed since then. Recently I've been trying three of the newest home units from APF, Atari, and Texas Instruments (first reported on in PS, Nov. '79). They're no more complicated to hook up than a video game. The programming can be learned in just a few evenings. External pieces, such as a printer for making permanent records, are as easy to plug in as a toaster. Best of all, the computers can teach themselves.