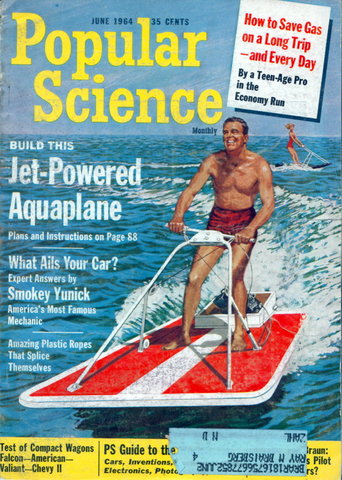 The race to market a home TV tape recorder is getting hotter. Fairchild's entry offers a much-improved picture ONE of these days, you'll sit down after supper, flip the dials on your home TV tape recorder, and watch a rerun of that afternoon's base-ball game. Recently I spent an afternoon trying out a prototype model of such a machine made by Fairchild Camera and Instrument Co. I recorded programs off the air â€”both pictures and soundâ€”while I was watching the program. Immediately after the show, I played back the recording while the images of the original telecast were still fresh in my mind. Although there was some loss of definition, the image quality was goodâ€”as good as most people see on their home TV sets. I watched the playback of an entire Danny Kaye show recorded a few days earlierâ€” without being conscious that I was watching a recording.
LEARN MEAT CUTTING

LEARN MEAT CUTTING Train quickly in 8 short weeks at Toledo for a bright future with security in the vital meat business. Big pay, full time jobs – HAVE A PROFITABLE MARKET OF YOUR OWN! Pay after graduation. Diploma given. Job help. Thousands of successful graduates. Our 41st year! Send NOW for FREE catalog. No […]