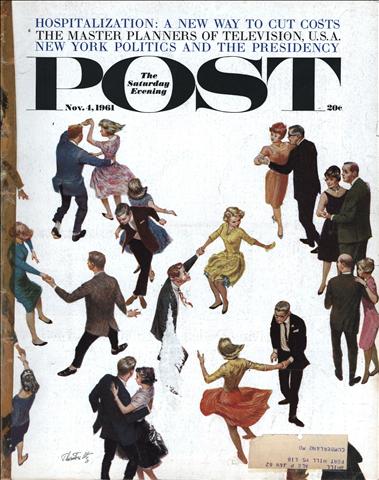 Here are the men who largely decide what you may and may not see on TV. By JOHN BARTLOW MARTIN Late on a Wednesday afternoon last spring Homer R. Heck, vice president in charge of broadcasting at the Chicago office of an advertising agency, Foote, Cone & Belding, left his office, took a taxi to O'Hare Airport and caught United's jet flight 832 to New York. He was on his way to supervise the production on Sunday of a television broadcast for a client, Hallmark Cards. As the plane climbed over Lake Michigan, Heck, a slender man of fifty-two with a graying crew cut, began talking about the role an advertising agency plays in television. "At one extreme is the Hallmark show,'' he said. "There we exercise a good deal of influence on the end product. Our client, Mr. Joyce Hall, takes a great personal pride in his television. He was the first to do a two-hour show on television, and it was Shakespeare. He did television's first opera, Amahl and the Night Visitors."
Living Dolls Love Foodarama Living

What's Foodarama Living? A wonderful new way for the whole family to live better and save money, too! Foodarama gives you a supermarket selection of fresh and frozen food at your fingertips. Save time by shopping less . . . save money by having room for "specials." Entertaining's more fun . . . you can prepare everything in advance.
Charting our own course

Over the years Gen Tel has become a large and important part of the nation's vast communications network. In fact, Gen Tel is today the largest of the many Independent telephone companies that supply a substantial share of America's great and growing communications needs.
Invest in the Dynamic Cape Canaveral Area

First Time Offered Nationally! Choice Property - In An Established Community - in the Nation's Fastest Growing County - At PORT MALABAR FLORIDA. "Cape Canaveral Selected As Site for 'Moon Launchings'"! This exciting news, coupled with the Government's multi-billion dollar, long-term program for Space Research and Development, can only mean progress and growth for this area. And, this future of Industrial Expansion and population growth opens up a rare investment opportunity for those people wise enough to buy the right land, in the right place, at the right price.
How Smart are Computers?

BY J. R. PIERCE ACCORDING TO DOCTOR PIERCE: "The chief charm of the computer comes from the mental skill, agility and insight which men called programmers exercise in causing it to solve difficult and fascinating problems. " "Though faster, computers are less versatile than human beings, because they are formed of fewer parts. " "The principal limiting factor of the computer is human direction in the form of a program which will guide the machine in a given task." When I leave my office to confer with the mathematicians at the Bell Labs, I walk along a corridor with a long glass window on the right-hand wall. Through the window I look into a room about ninety feet long and forty feet wide. There I see a digital computer.