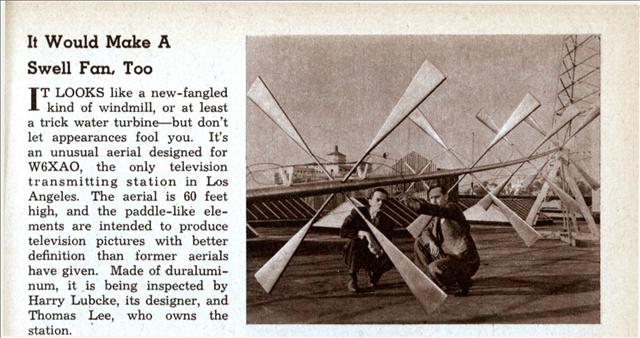 It Would Make A Swell Fan, Too

IT LOOKS like a new-fangled kind of windmill, or at least a trick water turbine—but don’t let appearances fool you. It’s an unusual aerial designed for W6XAO, the only television transmitting station in Los Angeles. The aerial is 60 feet high, and the paddle-like elements are intended to produce television pictures with better definition than former aerials have given. Made of duraluminum, it is being inspected by Harry Lubcke, its designer, and Thomas Lee, who owns the station.