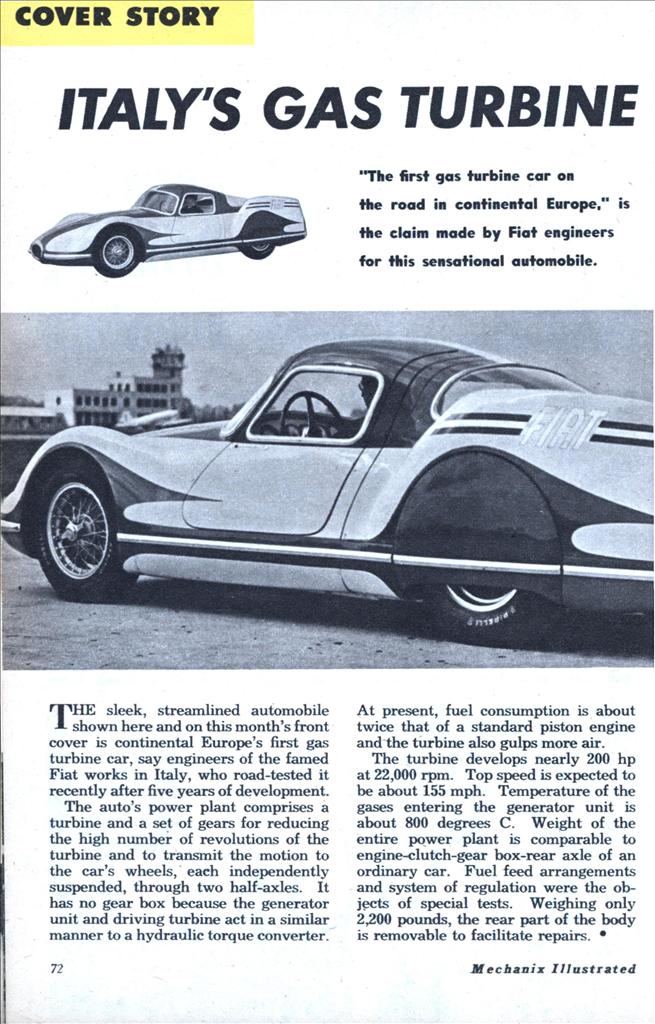 “The first gas turbine car on the road in continental Europe,” is the claim made by Fiat engineers for this sensational automobile.

THE sleek, streamlined automobile shown here and on this month’s front cover is continental Europe’s first gas turbine car, say engineers of the famed Fiat works in Italy, who road-tested it recently after five years of development.

The auto’s power plant comprises a turbine and a set of gears for reducing the high number of revolutions of the turbine and to transmit the motion to the car’s wheels, each independently suspended, through two half-axles. It has no gear box because the generator unit and driving turbine act in a similar manner to a hydraulic torque converter.

At present, fuel consumption is about twice that of a standard piston engine and the turbine also gulps more air.

The turbine develops nearly 200 hp at 22,000 rpm. Top speed is expected to be about 155 mph. Temperature of the gases entering the generator unit is about 800 degrees C. Weight of the entire power plant is comparable to engine-clutch-gear box-rear axle of an ordinary car. Fuel feed arrangements and system of regulation were the objects of special tests. Weighing only 2,200 pounds, the rear part of the body is removable to facilitate repairs. •