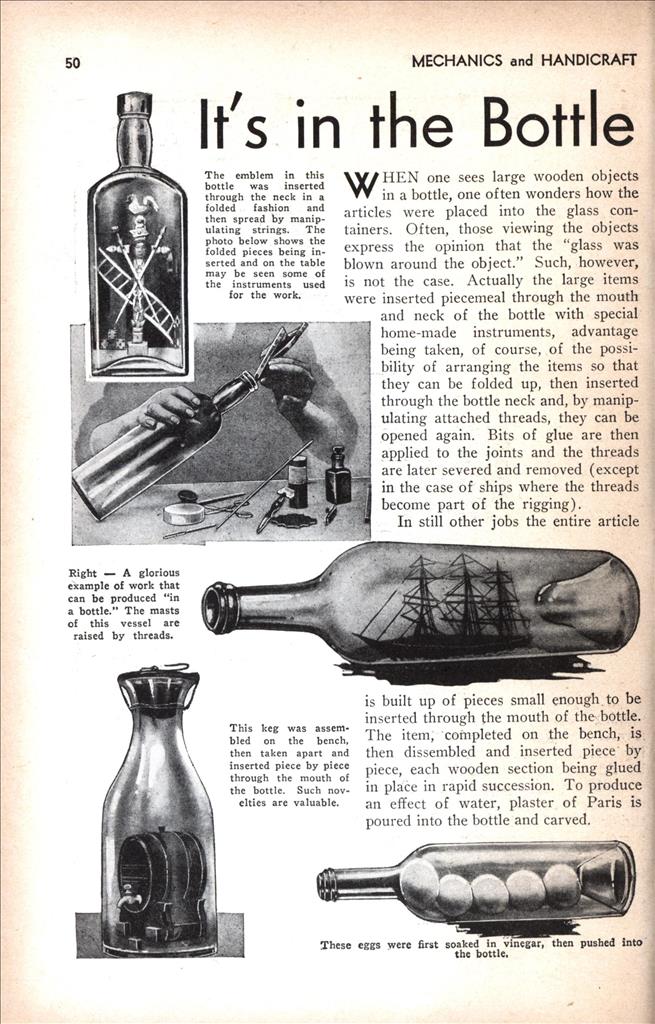 It’s in the Bottle

WHEN one sees large wooden objects in a bottle, one often wonders how the articles were placed into the glass containers. Often, those viewing the objects express the opinion that the “glass was blown around the object.” Such, however, is not the case. Actually the large items were inserted piecemeal through the mouth and neck of the bottle with special home-made instruments, advantage being taken, of course, of the possibility of arranging the items so that they can be folded up, then inserted through the bottle neck and, by manipulating attached threads, they can be opened again. Bits of glue are then applied to the joints and the threads are later severed and removed (except in the case of ships where the threads become part of the rigging).

In still other jobs the entire article is built up of pieces small enough to be inserted through the mouth of the bottle. The item, completed on the bench, is then dissembled and inserted piece by piece, each wooden section being glued in place in rapid succession. To produce an effect of water, plaster of Paris is poured into the bottle and carved.