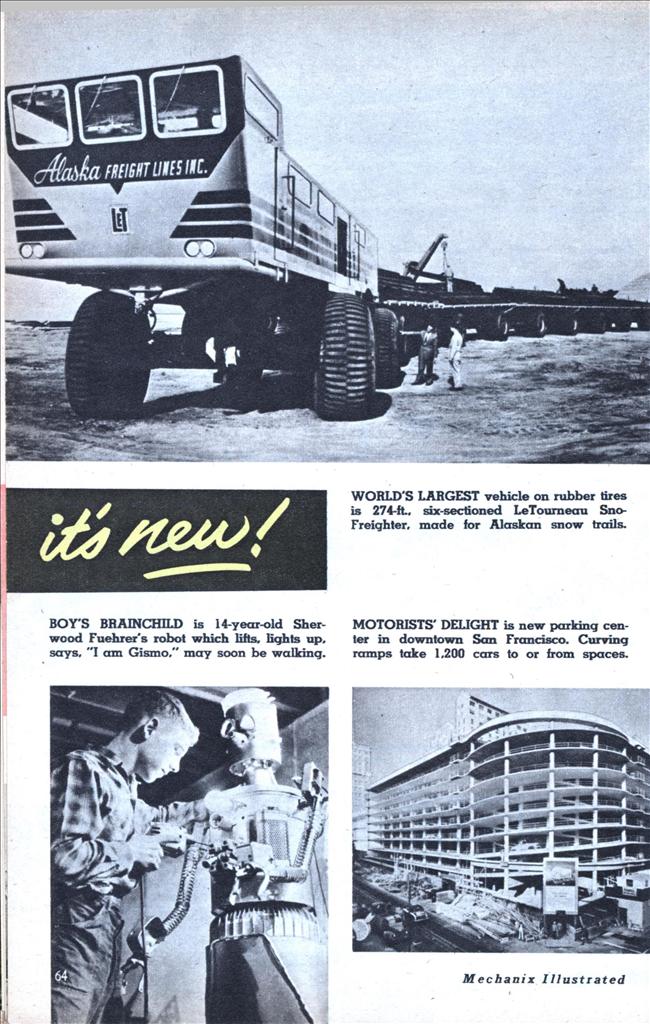 BOY’S BRAINCHILD is 14-year-old Sherwood Fuehrer’s robot which lifts, lights up. says, “I am Gismo,” may soon be walking.

ATOMIC CLOCK measures tiny amounts of energy given off by ammonia gas. Accurate timepiece was invented by Charles Townes.

CONVICT VOLUNTEER of Illinois State Pen. has breath tested by technician to measure the radon absorbed from prison water.

THREE-WAY CAMERA invented by Samuel Noble has revolving back, uses any of three types of 35mm film loaded.

DREAM STUDIES are used by Sam Solomon to gain knowledge while he sleeps. A speaker in pillow relays a tape-recorded lesson.

UNIQUE HANGAR was devised by Convair to house their XFY-1 “Pogo”—vertical takeoff plane. The tepee has two hinged halves.

GEM OF A MAP was assembled by Henry Hasbach, Glenside, Calif., is mosaic of polished gem stones, weighs a hefty 20 lbs.

MIDGET CAR, the German Kleinschnittger, carries four and luggage, can do 62 mph, weighs 600 pounds. It will sell for $821.