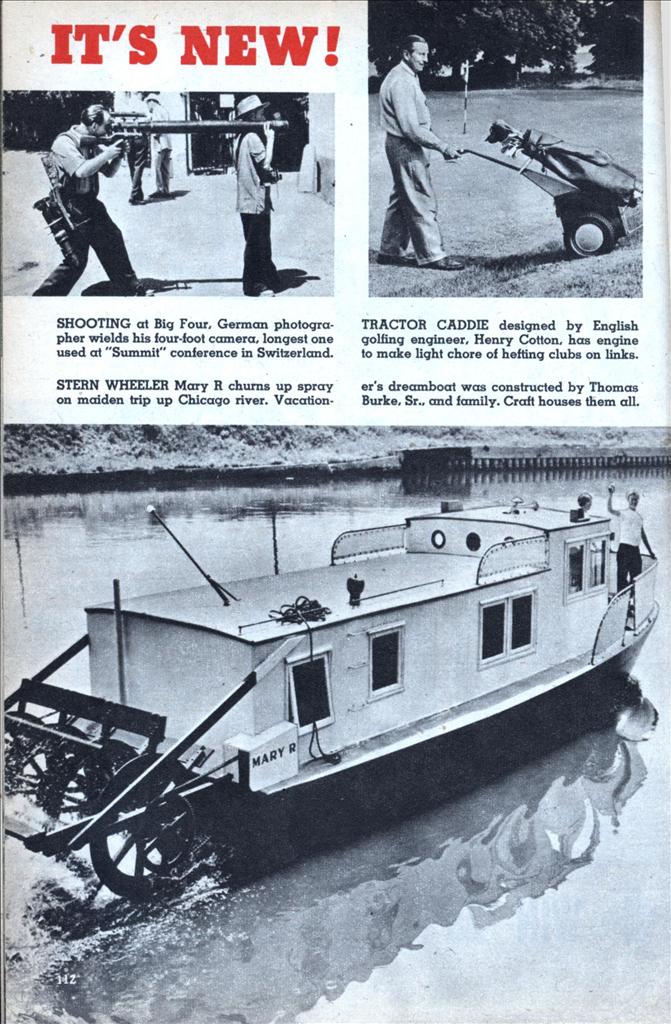 FLYING SAUCER with 27-foot diameter is expected to fly next year by its French de- signer, Rene Couzinet. Pilot and passengers will sit in transparent cupola on top.

DRIVE-IN Milwaukee restaurant has Infra Rayhead Gas Heaters above each of 50 car bays to warm patrons, car hops in winter.

BARK with big bite in form of dynamite recently found in trees of Berlin’s British sector is from WW II and is being removed.

THIEF-CATCHING device dyes robber and loot red if snatched from brief case wired to wearer’s belt. The gadget is French-made.

EYE-POPPING earring valued at $100,000 is believed largest pearl in world. It was shown at Chicago’s National Jewelry Fair.

SKY SCOOTER can refuel at any gas station, cruise at 60 mph. Bensen Aircraft Corp. craft will also be available in kit form.