That flight-suit on the second page is one of the most steam-punky looking things I’ve ever seen that wasn’t actually designed to look that way. I also love the habit of just throwing a woman in the frame when they show pictures of weird stuff. Balance? 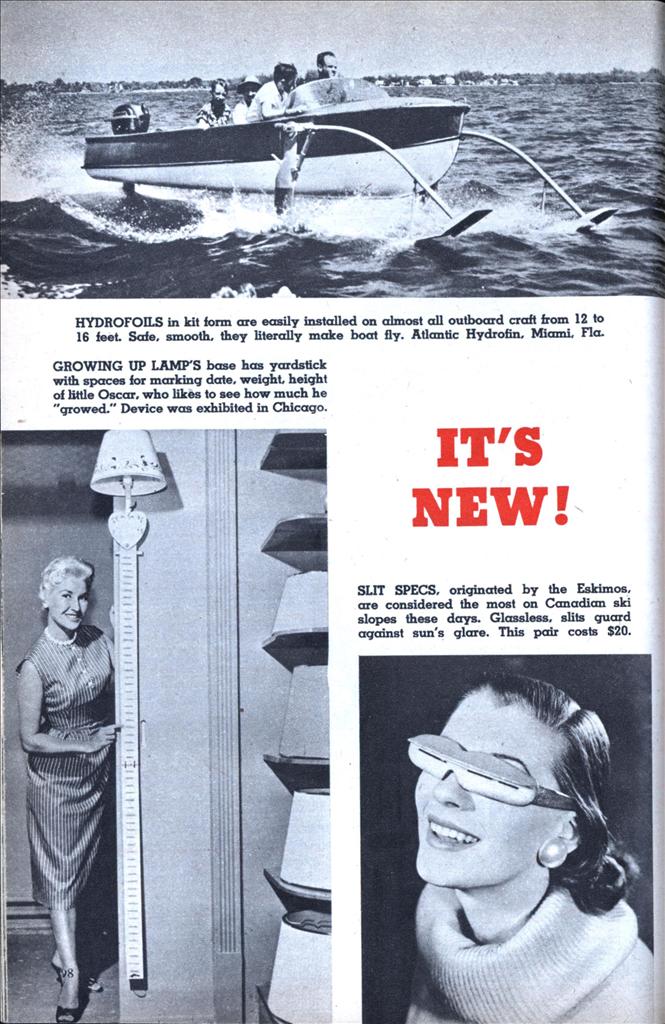 GROWING UP LAMP’S base has yardstick with spaces for marking date, weight, height of little Oscar, who likes to see how much he “growed.” Device was exhibited in Chicago.

SLIT SPECS, originated by the Eskimos, are considered the most on Canadian ski slopes these days. Glassless, slits guard against sun’s glare. This pair costs $20.

ONE-MAN HELICOPTER developed by Goodyear Aircraft Corp. and designed by Paul Ziegler, weighs slightly over 400 pounds and is capable of more than 60-mph.

BICYCLE CART made from two standard bikes is going over big in Brunswick, Germany. Assembled in five minutes, it totes two. tot, luggage. Frame costs $15 to $20.

GOGGLE-EYED flight suit will protect its wearer for 80 hours at 100.000-foot altitude, according to University of Illinois tests made for the Toronto. Canada, manufacturers.