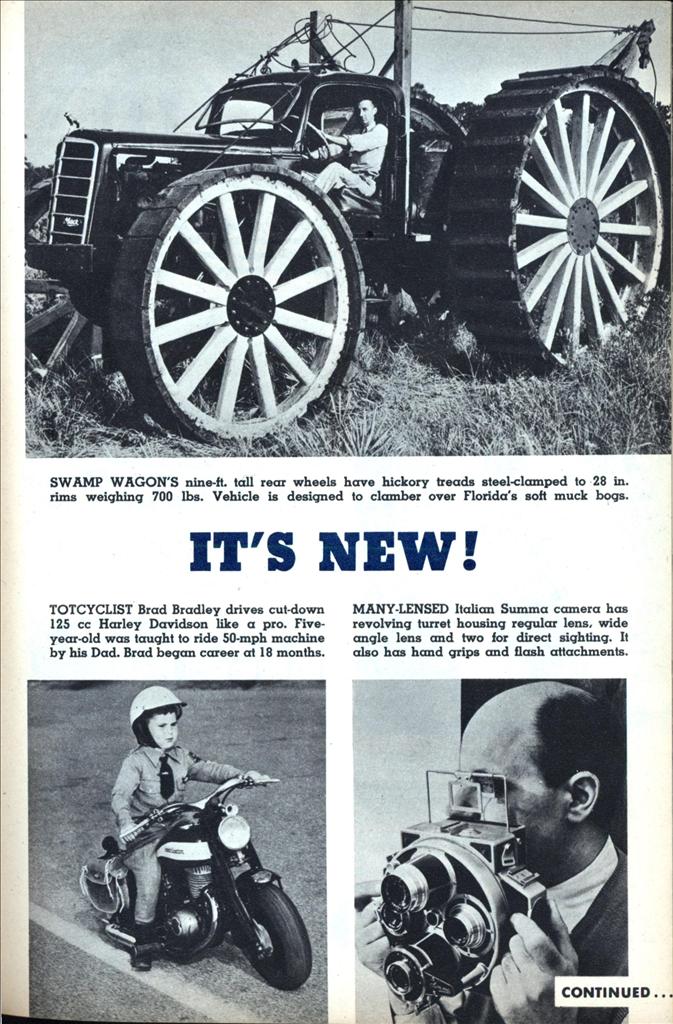 BLOW-UP house can be inflated by a man in three minutes. British rubber hut is nine ft high with floor space of 30×19 ft. It has all comforts of home—phone, lights.

SINKPROOF claims Danish inventor Clous Sorensen of his novel lifeboat which has its rudder and screw hidden in tube. Mate is strapped in seat under plastic hood.

DIRECTOMAT in Times Square, N.Y., issues a card with directions to get to any station in subway system when destination button is pushed. Great aid for out-of-towners.

SUPER SOFT Terra-Tires allow this plane to taxi at high speed over scattered 2×4 blocks. Goodyear is testing them for use by aircraft on rough ground cluttered with obstacles.

TINY TV camera developed by Lockheed will give engineers ringside seat when studying the performance of control surfaces on new aircraft during flight operations.

RED TV antennas bristle atop these wooden shacks in the suburbs of Moscow. Soviet citizens like video and many houses that have no running water boast a TV set.