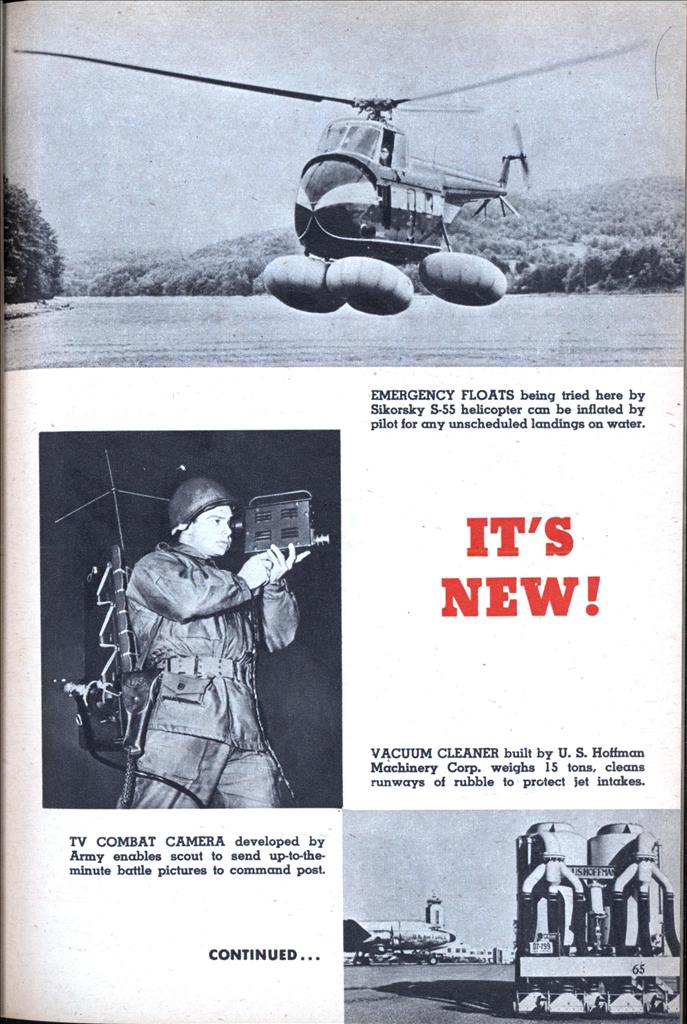 EMERGENCY FLOATS being tried here by Sikorsky S-55 helicopter can be inflated by pilot for any unscheduled landings on water.

SHOPPER’S MAILBOX, newly designed for people carrying a week’s provisions from the supermarket, was tried out recently in Washington, D. C. Foot pedal should be useful during Christmas rush.

EYE REACTIONS are recorded by camera as headclamped testee looks at boxes for Folding Paper Box Association’s study of sales appeal of various types of packages.

AVERT YO EYES. SUH! This lady is a cop and she’s hoisting her Roscoe. New holster is being tried out in Baltimore. Md.

DENTAL PANORAMA rivaling Grand Canyon is what you get with this new X-ray camera that takes all the teeth at one go.

TOY TRACTOR, radio-controlled, climbs 45-degree grades, can be operated at distance of over 200 yards. Made in Germany.

ROOF FIRST is the rule in new Army construction; concrete slabs for root floors, are raised on hydraulic hoists, then supporting walls are erected. Photo taken at Ft. Devens, Mass.