Wow, those glasses are basically a reflecting telescope. 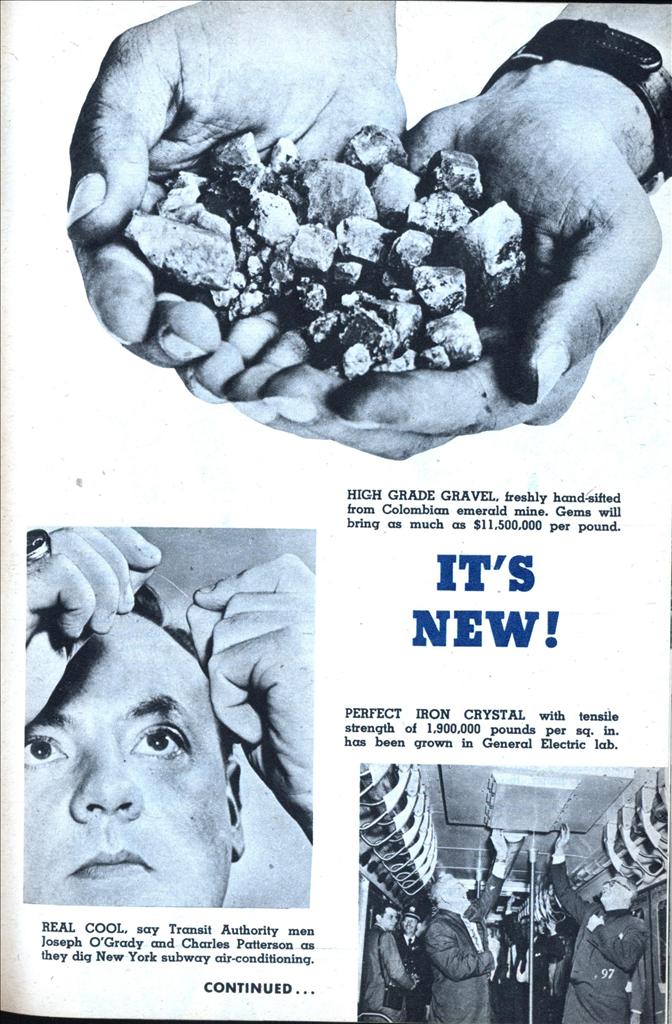 HIGH GRADE GRAVEL, freshly hand-sifted from Colombian emerald mine. Gems will bring as much as $11,500,000 per pound.

PERFECT IRON CRYSTAL with tensile strength of 1,900,000 pounds per sq. in. has been grown in General Electric lab.

MIRROR LENSES for partially blind provide 320 per cent magnification, said to be quite distortionless, through the use of multiple mirror reflection.

BLOWN UP SHOES reduce Tommy’s foot pressure, keep him from being blown up as he explores terrain with mine detector. They’re being tested by Royal Engineers.

SLINGSHOT RESCUE: frogman is moving forward faster than the rescue craft as tensioned cord device pulls him aboard. Device allows men to be picked up at speed.