Wow, Ken Garritt must have some pretty strong wrists to hold up a 160 pound bike that way. Maybe one of the dynamos powers an anti-grav unit. 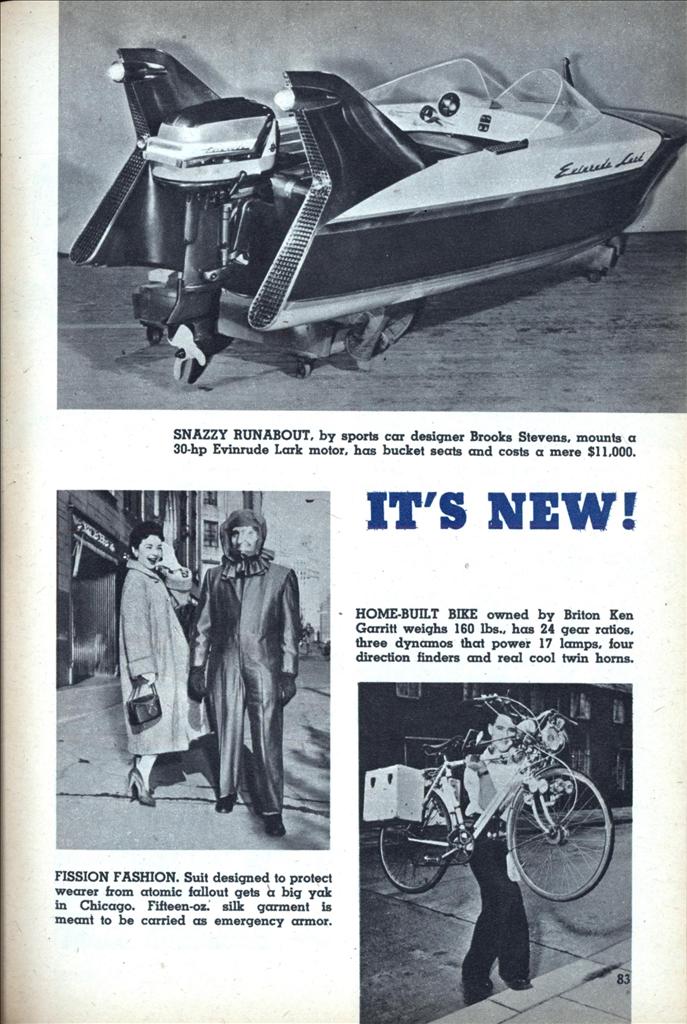 FISSION FASHION. Suit designed to protect wearer from atomic fallout gets a big yak in Chicago. Fifteen-oz. silk garment is meant to be earned as emergency armor.

LANDING CRAFT RETRIEVER built for Army by R. G. LeTourneau. Inc., of Longview, Texas, can lift boats up to 67 tons, launch or beach them easily.

NAVAL ENGAGEMENT between tiny fleets on electrified Italian game board is a speeded-up version of old graph paper game. The admiral at right is cheating.

ADJUSTABLE GOAL comes down for pint-size hoopsters, was developed by educators in Midland. Mich. Moving frame’s of lightweight magnesium to cut strain on supports.

LONDON’S NEW CAB. first in generations, is neat but not gaudy. It carries three passengers amidships, any amount of baggage aft. Drivers will still wear mufflers.