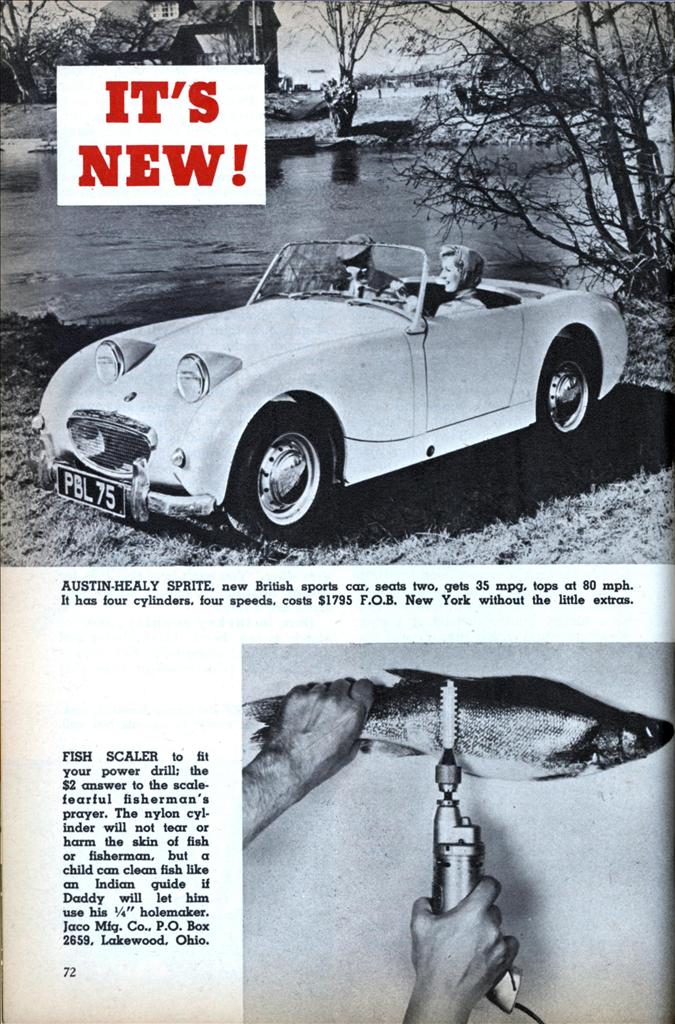 FISH SCALER to lit your power drill; the $2 answer to the scale-fearful fisherman’s prayer. The nylon cylinder will not tear or harm the skin of fish or fisherman, but a child can clean fish like an Indian guide if Daddy will let him use his 1/4″ holemaker. Jaco Mfg. Co.. P.O. Box 2659, Lakewood, Ohio.

FLEXIBLE SIGNPOSTS that can give a little, can be bent right back up. Germans hope they’ll save both money and lives.

COLLAPSIBLE COPTER (above, right) was put through its paces recently at the Issy-Les-Molyneux heliport in France. The Roto-Cycle is powered by a compact 45-hp motor and has a cruising speed of about 30 mph. It burns up 4.5 gallons of fuel an hour. Roto-Cycle can be collapsed and set up again easily in a matter of minutes.

CAR BODY that can be fitted on any motor scooter (according to its French inventor) is for socially ambitious, slightly demented scooter owners.

AUSTIN GYPSY, new explorer’s rig, has rubber wheel suspension that needs no lubrication or care, can go 420 miles on a single tank of gas.