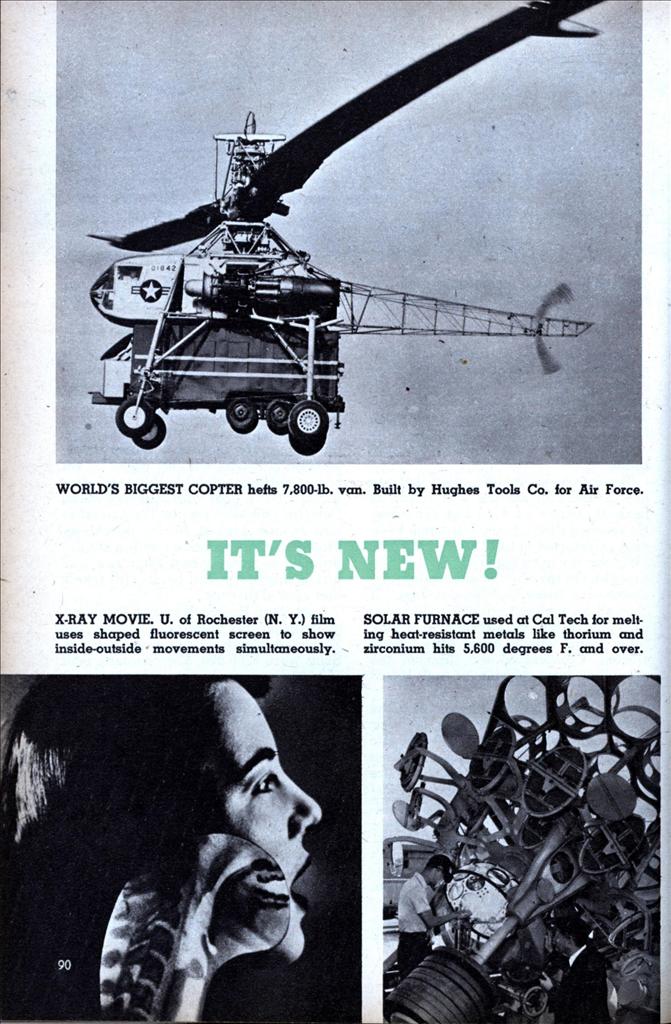 SOLAR FURNACE used at Cal Tech for melting heat-resistant metals like thorium and zirconium hits 5,600 degrees F. and over.

SHELL-LESS EGGS in a plastic packet are shown by their inventor, Prof. L. B. Carrah, to D. S. Kimball of Cornell trustees.

MOON OFFICE business is being done by Robert Coles of Glen Cove, N. Y. He’s selling off the satellite at a buck an acre.

HIGHWAY-FLYWAY vehicle is shown off at St Louis airport by owner Frazer Dougherty. It does 50 mph on road, 110 aloft.

STEP SAVER for hausfraus. New German sliding table top can be set in the kitchen, then pushed easily into the dining room.

NOVERFLOW FUNNEL (that’s Mi’s name for it) has floating valve in neck that shuts it off when bottle is full. Made in Germany.