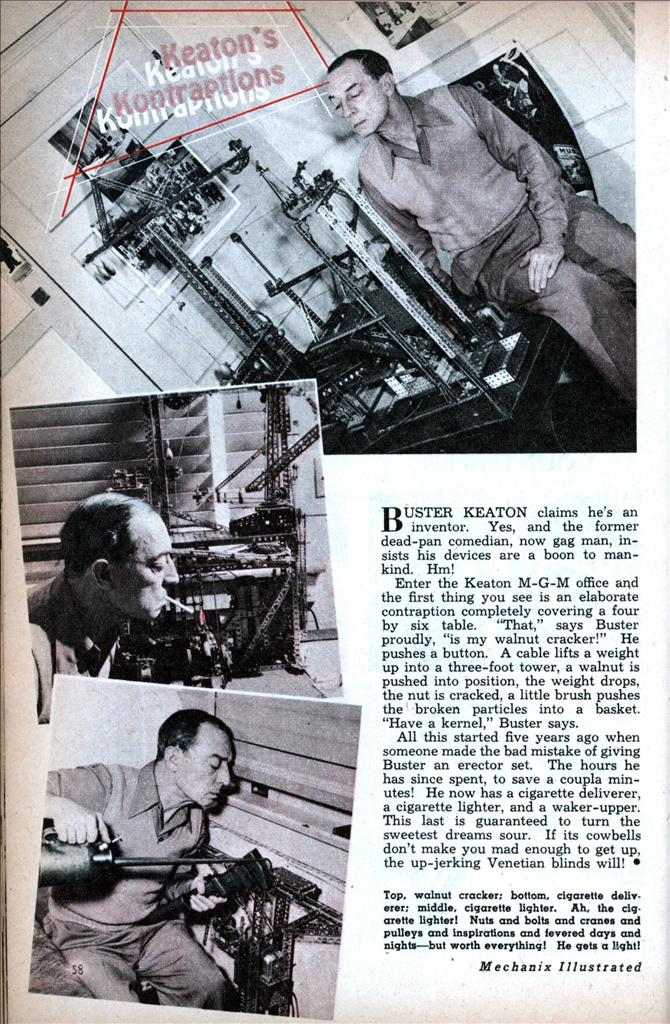 Enter the Keaton M-G-M office and the first thing you see is an elaborate contraption completely covering a four by six table. “That,” says Buster proudly, “is my walnut cracker!” He pushes a button. A cable lifts a weight up into a three-foot tower, a walnut is pushed into position, the weight drops, the nut is cracked, a little brush pushes the broken particles into a basket. “Have a kernel,” Buster says.

All this started five years ago when someone made the bad mistake of giving Buster an erector set. The hours he has since spent, to save a coupla minutes! He now has a cigarette deliverer, a cigarette lighter, and a waker-upper. This last is guaranteed to turn the sweetest dreams sour. If its cowbells don’t make you mad enough to get up, the up-jerking Venetian blinds will!