Modern Mechanix
Issue: May, 1931
Posted in: Aviation
1 Comment on KEEPING Up-To-DATE with Progress of AVIATION (May, 1931)

KEEPING Up-To-DATE with Progress of AVIATION (May, 1931) 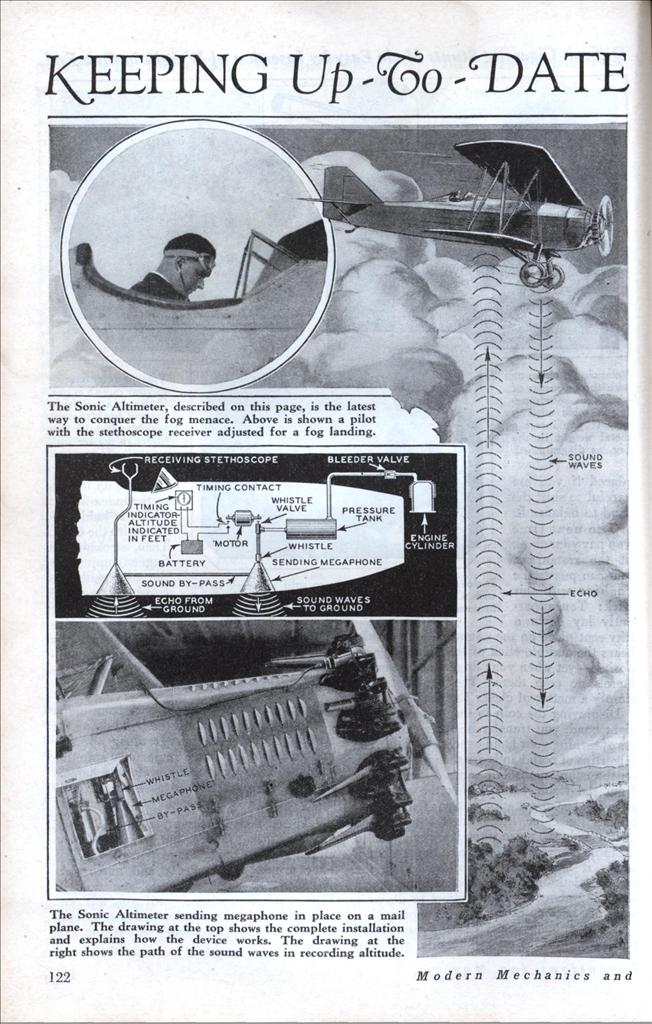 KEEPING Up-To-DATE with Progress of AVIATION

The Sonic Altimeter, described on this page, is the latest way to conquer the fog menace. Above is shown a pilot with the stethoscope receiver adjusted for a fog landing.

Hans Richter, a well-known German aviator, making an experimental flight in his bird-like biplane glider, propelled by a small motor attached to one of the wings in front of him, as illustrated.

A close-up of Hans Richter and his one-cylinder motor attached to the frame of the glider with which he is now experimenting.

An extra set of wheels fitted to the fuselage and undercarriage of a French plane to prevent it from nosing over on forced or other bad landings.

This unusual dirigible model, perfected by John Hodgedon, of Los Angeles, incorporates new theories of control for lighter-than-air craft. Power units, installed as an integral part of the fins, give positive control.