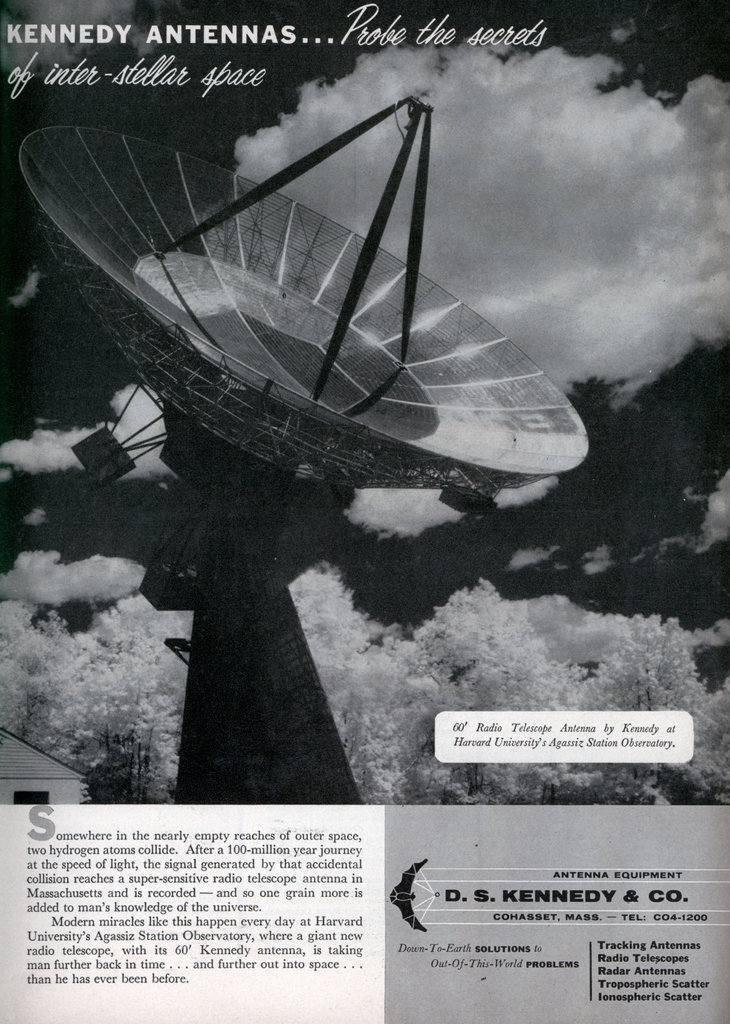 Modern miracles like this happen every day at Harvard University’s Agassiz Station Observatory, where a giant new radio telescope, with its 60′ Kennedy antenna, is taking man further back in time . . . and further out into space . . . than he has ever been before.