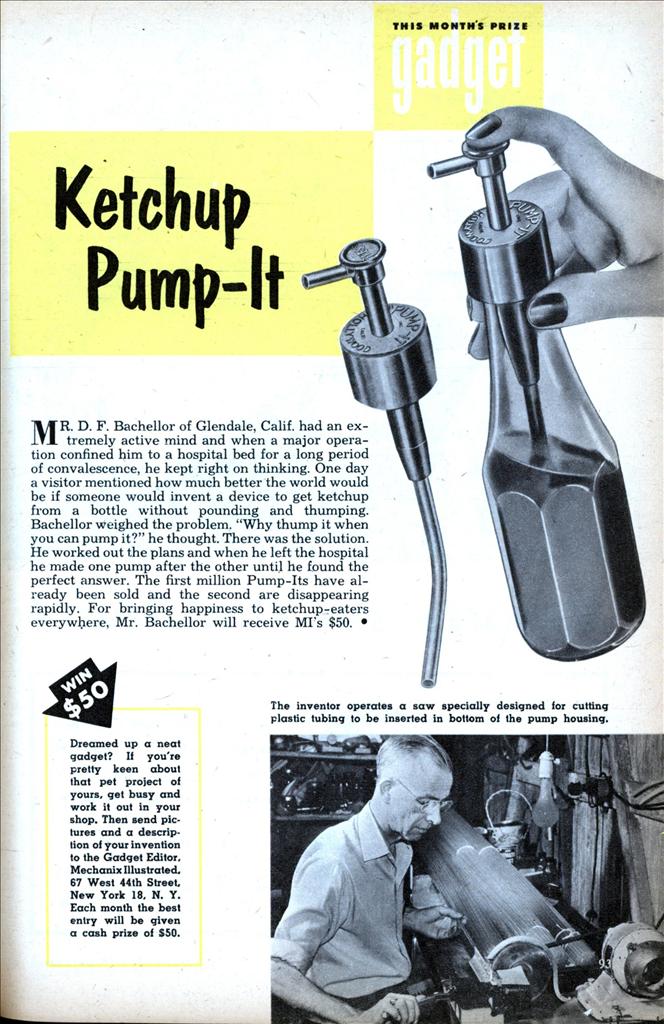 Ketchup Pump-It
MR. D. F. Bachellor of Glendale, Calif, had an extremely active mind and when a major operation confined him to a hospital bed for a long period of convalescence, he kept right on thinking. One day a visitor mentioned how much better the world would be if someone would invent a device to get ketchup from a bottle without pounding and thumping. Bachellor weighed the problem. “Why thump it when you can pump it?” he thought. There was the solution. He worked out the plans and when he left the hospital he made one pump after the other until he found the perfect answer. The first million Pump-Its have already been sold and the second are disappearing rapidly. For bringing happiness to ketchup-eaters everywhere, Mr. Bachellor will receive Mi’s $50.