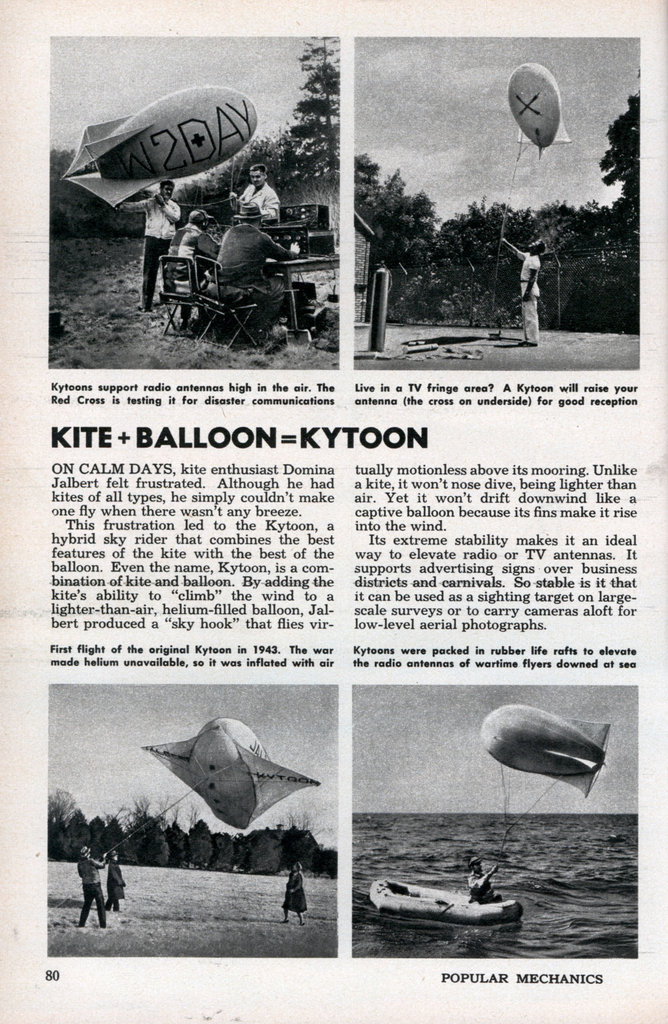 This frustration led to the Kytoon, a hybrid sky rider that combines the best features of the kite with the best of the balloon. Even the name, Kytoon, is a combination of kite and balloon. By adding the kite’s ability to “climb” the wind to a lighter-than-air, helium-filled balloon, Jalbert produced a “sky hook” that flies virtually motionless above its mooring. Unlike a kite, it won’t nose dive, being lighter than air. Yet it won’t drift downwind like a captive balloon because its fins make it rise into the wind.

Its extreme stability makes it an ideal way to elevate radio or TV antennas. It supports advertising signs over business districts and carnivals. So stable is it that it can be used as a sighting target on large-scale surveys or to carry cameras aloft for low-level aerial photographs.