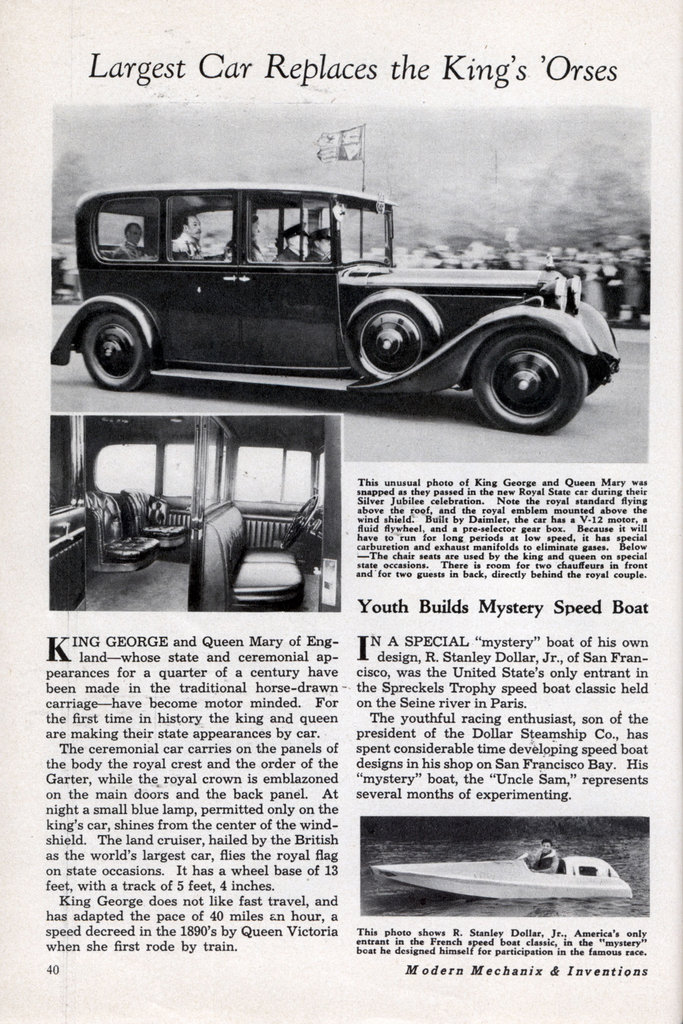 Largest Car Replaces the Kings ‘Orses
KING GEORGE and Queen Mary of Englandâ€”whose state and ceremonial appearances for a quarter of a century have been made in the traditional horse-drawn -carriageâ€”have become motor minded. For the first time in history the king and queen are making their state appearances by car.

The ceremonial car carries on the panels of the body the royal crest and the order of the Garter, while the royal crown is emblazoned on the main doors and the back panel. At night a small blue lamp, permitted only on the king’s car, shines from the center of the windshield. The land cruiser, hailed by the British as the world’s largest car, flies the royal flag on state occasions. It has a wheel base of 13 feet, with a track of 5 feet, 4 inches.

King George does not like fast travel, and has adapted the pace of 40 miles an hour, a speed decreed in the 1890’s by Queen Victoria when she first rode by train.