Gee, lucky for us the gilded age is is back with a vengeance. 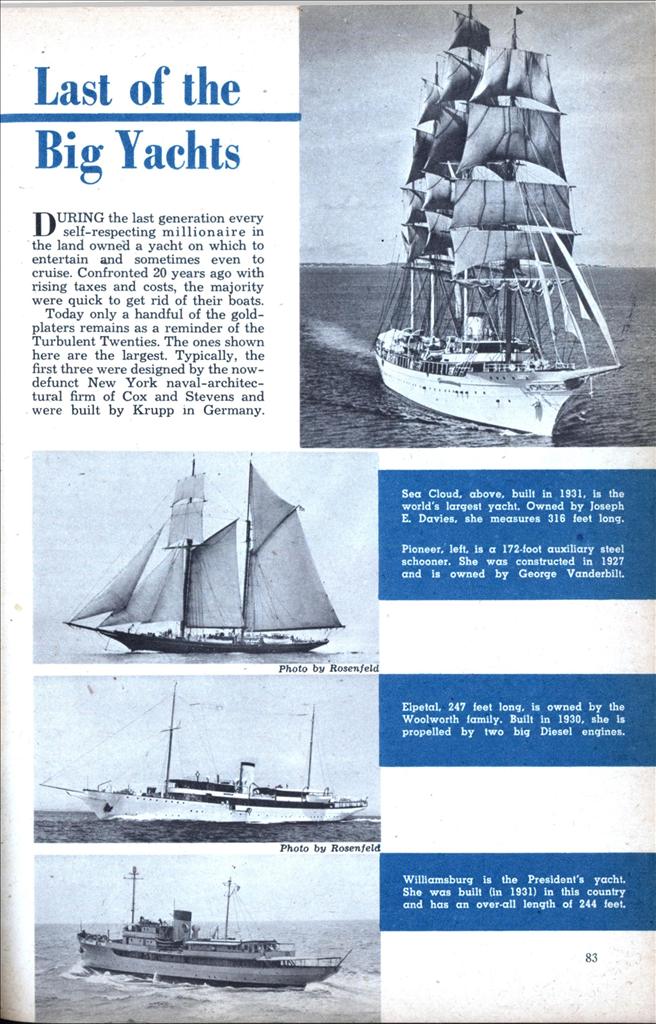 Last of the Big Yachts

DURING the last generation every self-respecting millionaire in the land owned a yacht on which to entertain and sometimes even to cruise. Confronted 20 years ago with rising taxes and costs, the majority were quick to get rid of their boats.

Today only a handful of the gold-platers remains as a reminder of the Turbulent Twenties. The ones shown here are the largest. Typically, the first three were designed by the now-defunct New York naval-architectural firm of Cox and Stevens and were built by Krupp in Germany.