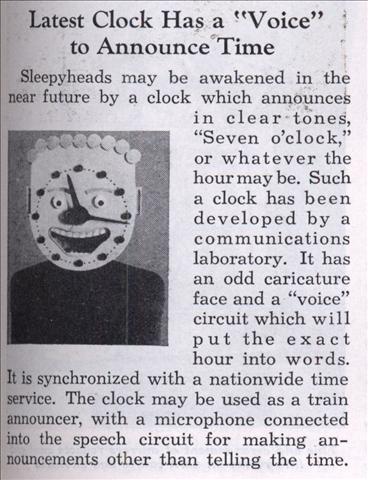 Latest Clock Has a “Voice” to Announce Time

Sleepyheads may be awakened in the near future by a clock which announces in clear tones, “Seven o’clock,” or whatever the hour may be. Such a clock has been developed by a communications laboratory. It has an odd caricature face and a “voice” circuit which will put the exact hour into words. It is synchronized with a nationwide time service. The clock may be used as a train announcer, with a microphone connected into the speech circuit for making announcements other than telling the time.