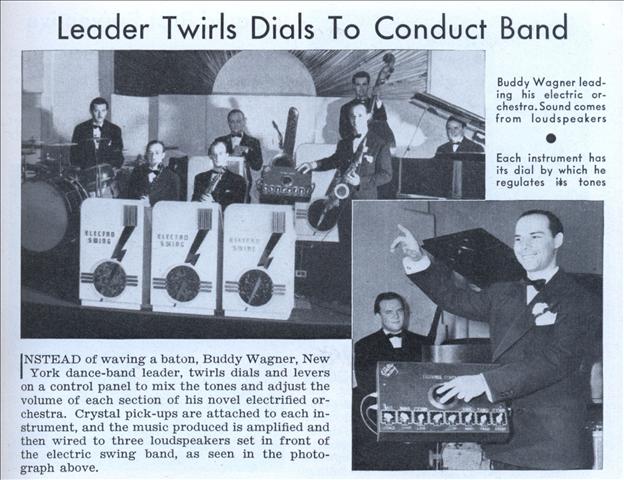 INSTEAD of waving a baton, Buddy Wagner, New York dance-band leader, twirls dials and levers on a control panel to mix the tones and adjust the volume of each section of his novel electrified orchestra. Crystal pick-ups are attached to each instrument, and the music produced is amplified and then wired to three loudspeakers set in front of the electric swing band, as seen in the photograph above.