When I scanned this I thought it was about kids peeing their pants. 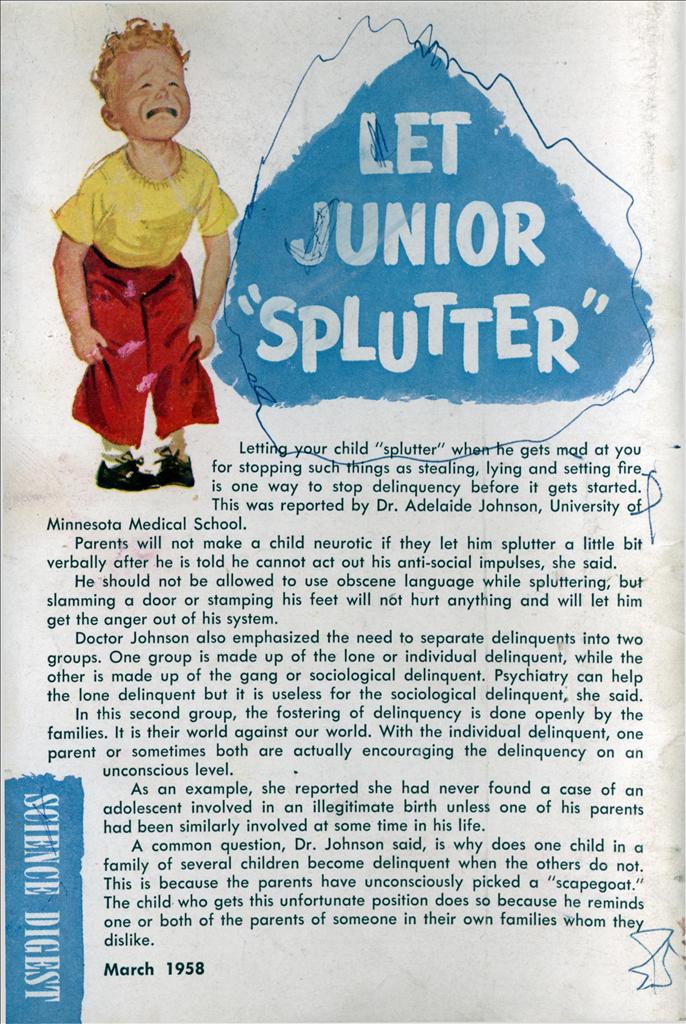 Letting your child “splutter” when he gets mad at you for stopping such things as stealing, lying and setting fire is one way to stop delinquency before it gets started. This was reported by Dr. Adelaide Johnson, University of Minnesota Medical School.

Parents will not make a child neurotic if they let him splutter a little bit verbally after he is told he cannot act out his anti-social impulses, she said.

He should not be allowed to use obscene language while spluttering, but slamming a door or stamping his feet will not hurt anything and will let him get the anger out of his system.

In this second group, the fostering of delinquency is done openly by the families. It is their world against our world. With the individual delinquent, one parent or sometimes both are actually encouraging the delinquency on an unconscious level.

As an example, she reported she had never found a case of an adolescent involved in an illegitimate birth unless one of his parents had been similarly involved at some time in his life.

A common question, Dr. Johnson said, is why does one child in a family of several children become delinquent when the others do not. This is because the parents have unconsciously picked a “scapegoat.” The child who gets this unfortunate position does so because he reminds one or both of the parents of someone in their own families whom they dislike.