Is it just me, or does that cat look fake? If there is one thing the internet should be good at, it’s determining the authenticity of cat pictures. After all, that is what it’s made of (video). 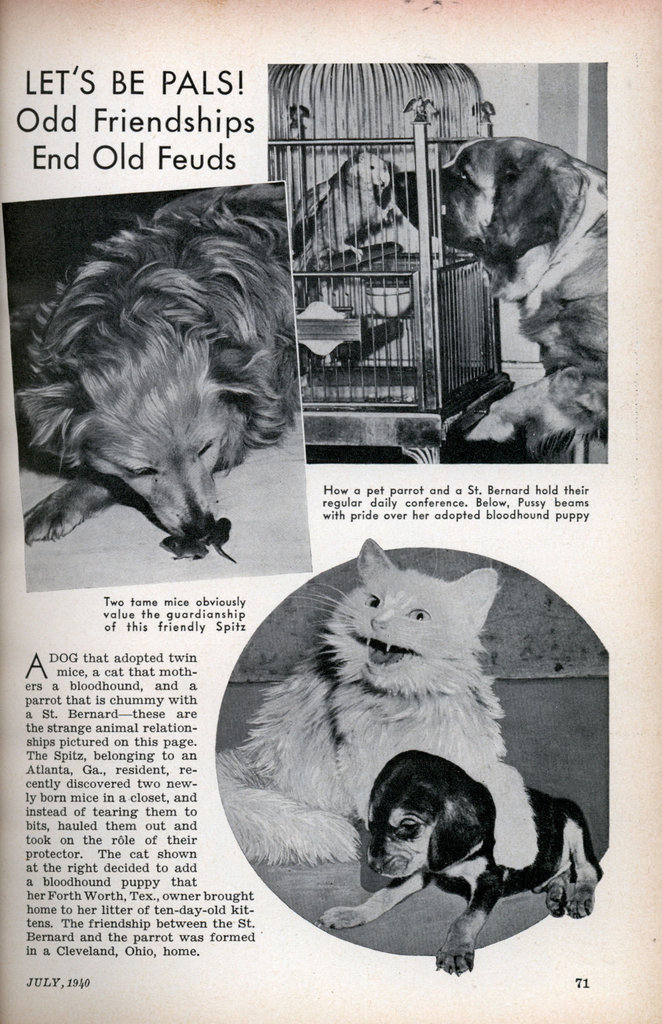 A DOG that adopted twin mice, a cat that mothers a bloodhound, and a parrot that is chummy with a St. Bernard—these are the strange animal relationships pictured on this page. The Spitz, belonging to an Atlanta, Ga., resident, recently discovered two newly born mice in a closet, and instead of tearing them to bits, hauled them out and took on the role of their protector. The cat shown at the right decided to add a bloodhound puppy that her Forth Worth, Tex., owner brought home to her litter of ten-day-old kittens. The friendship between the St. Bernard and the parrot was formed in a Cleveland, Ohio, home.