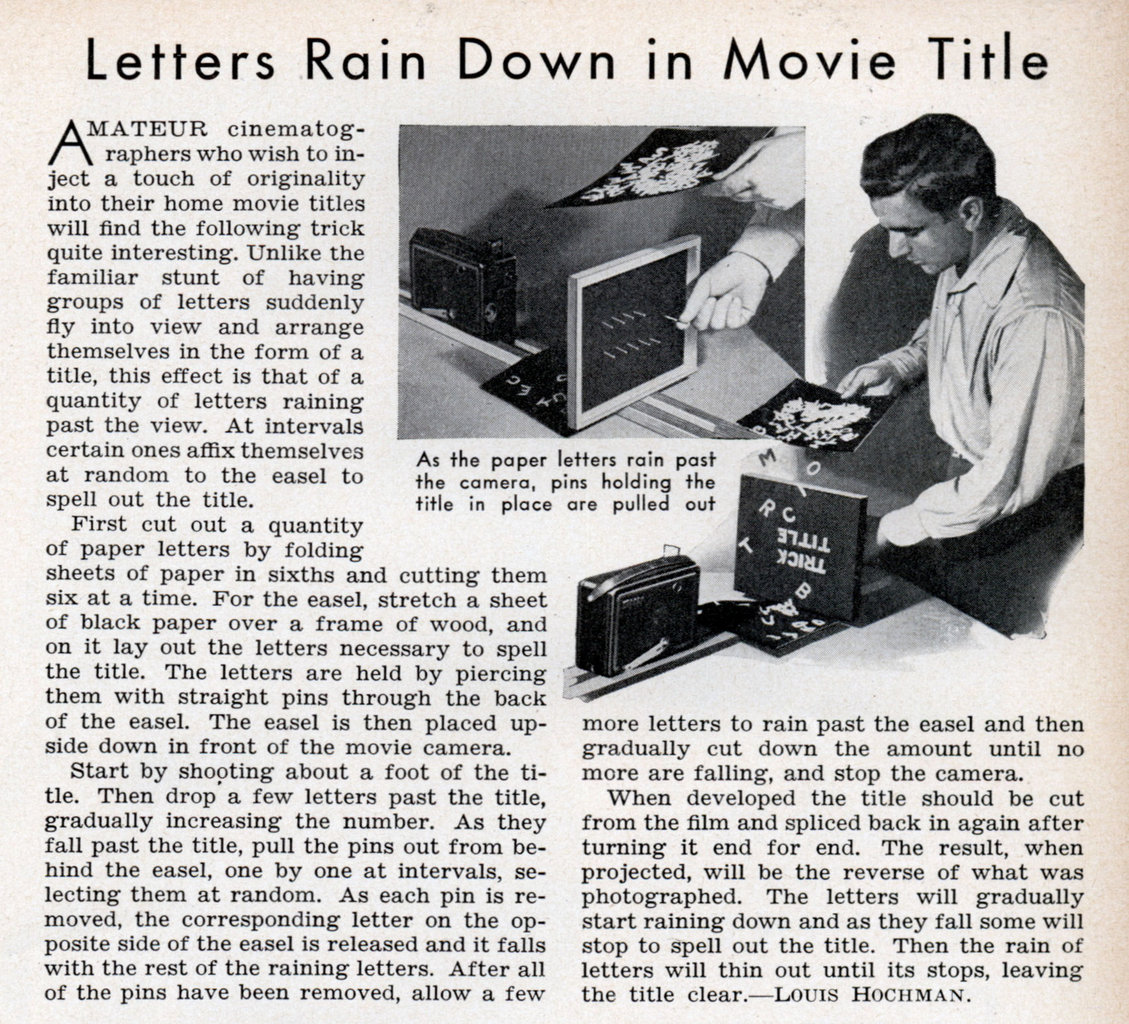 Letters Rain Down in Movie Title

Amateur cinematographers who wish to inject a touch of originality into their home movie titles will find the following trick quite interesting. Unlike the familiar stunt of having groups of letters suddenly fly into view and arrange themselves in the form of a title, this effect is that of a quantity of letters raining past the view. At intervals certain ones affix themselves at random to the easel to spell out the title.

First cut out a quantity of paper letters by folding sheets of paper in sixths and cutting them six at a time. For the easel, stretch a sheet of black paper over a frame of wood, and on it lay out the letters necessary to spell the title. The letters are held by piercing them with straight pins through the back of the easel. The easel is then placed upside down in front of the movie camera.

Start by shooting about a foot of the title. Then drop a few letters past the title, gradually increasing the number. As they fall past the title, pull the pins out from behind the easel, one by one at intervals, selecting them at random. As each pin is removed, the corresponding letter on the opposite side of the easel is released and it falls with the rest of the raining letters. After all of the pins have been removed, allow a few more letters to rain past the easel and then gradually cut down the amount until no more are falling, and stop the camera.

When developed the title should be cut from the film and spliced back in again after turning it end for end. The result, when projected, will be the reverse of what was photographed. The letters will gradually start raining down and as they fall some will stop to spell out the title. Then the rain of letters will thin out until its stops, leaving the title clear.—Louis Hochman.